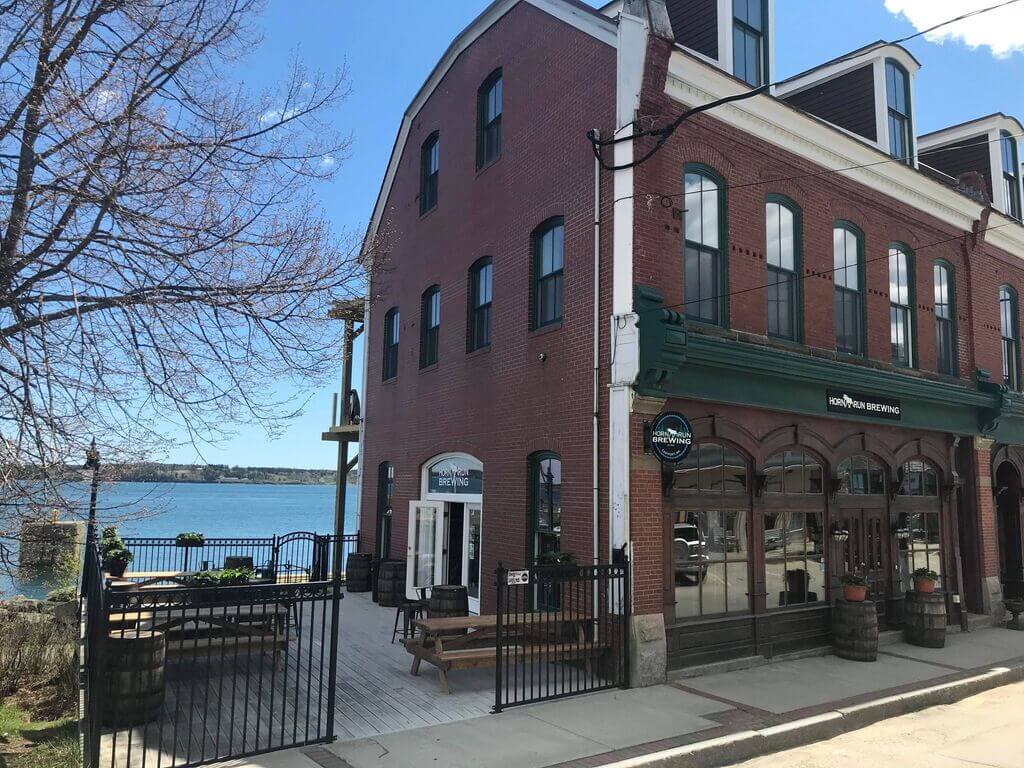 Ever since the Maine craft beer boom began in earnest about a decade ago, the majority of the more than 100 new breweries that have opened since then have been concentrated around Portland and Bangor, and along Maine’s southern coast and midcoast.

That’s started to change in the past few years, however, with places like First Mile Brewing in Fort Kent and the Bissell Brothers Three Rivers location in Milo helping to bring craft beer to the most rural and far-flung corners of the state. This summer, Washington County will see its craft beer scene triple in size — from just one, Lubec Brewing Company, to three in total.

Horn Run Brewing in Eastport is set for a late May opening, while Bad Little Brewing in Machias is on tap to start making beer sometime in July.

On Wednesday, by a 51-18 vote, Machias residents endorsed a federal Community Development Block Grant loan of $180,000 from the U.S. Department of Housing and Urban Development, which will help Bad Little Brewing fund the renovation and build-out of the planned brewery and restaurant at 101 Court Street. The startup brewery also has received loans from the Northern Maine Development Commission and Eastern Maine Development Corporation for the project.

In Eastport, Horn Run Brewing is the brainchild of Lisa and Jeff Smith, two Washington County natives who share a passion for beer. Jeff Smith, an Eastport native and former millworker in Baileyville, has been brewing at home for years. He met Lisa, a Calais native, about five years ago, and together, the pair has traveled all over the country, sampling beer and gathering ideas for the brewery they hoped to open someday.

The couple made the decision to open their own brewery last year, and in December, they signed a lease on a 2,000 square foot storefront at 75 Water St. in downtown Eastport, the former home of Moose Island Bakery.

They have renovated the space to highlight the historic elements of the 1887 building and its views of Eastport harbor, and they hand-built wooden tables finished with a glossy epoxy for the drinking and dining area.

Horn Run will offer a variety of beers when it opens, including White Cap, a Belgian witbier; Day Drinkah, a session IPA; Maiden Voyage, a saison, and Ridge Road Red, an Irish red.

“We will have a total of eight beers available, to start with on our opening day of May 22,” said Lisa Smith, who said she plans to place her brewery on the Maine Brewers Guild beer trail, in the hopes that beer tourists can plan a whole vacation around visiting them in Eastport, alongside the other Washington County breweries, in between visiting other Down East landmarks.

As for food, there will be some Maine-made snacks available, but Smith said they plan to partner with food trucks to offer more dining options, something many other breweries have done in lieu of operating their own kitchen.

Later on in the summer, Bad Little Brewing is set to open in Machias. Owners Shawn Lent and Kathryn Toppan purchased 101 Court St. in Machias earlier this year, and have set about transforming the historic property — also known as the Clark Perry House on its National Register of Historic Places listing — into a brewery, taproom and eventually restaurant.

Lent and Toppan are originally from the Portland area, where Toppan taught English at Deering High School in Portland, and Lent taught social studies at Falmouth High School. After vacationing in the area, they fell in love with Washington County, and two years ago bought a house in the town of Whiting.

Both longtime beer lovers, when they moved up to Washington County permanently in 2019 they decided they wanted to open a brewery and restaurant. Though they’d looked at properties all over the county, the Clark Perry House was the place they had their hearts set on — not just because they love beer and food, but because they want to bring the laid-back, family-friendly vibe of a brewery to Machias specifically.

“I think we have the chance to bring something really special here, and hopefully create a place that people here and visitors can all gather at,” Toppan said.

If all goes as planned, Toppan and Lent plan to open Bad Little Falls Brewing in late July or August, with an initial beer list featuring crowd-pleasers including an IPA, a pale ale and a Kolsch, as well as guest taps from other eastern Maine breweries. The restaurant will open later in the fall, and the pair are also working to create a vacation rental in the building.