20 years after it thought up a riverfront trail, Brewer is celebrating its completion 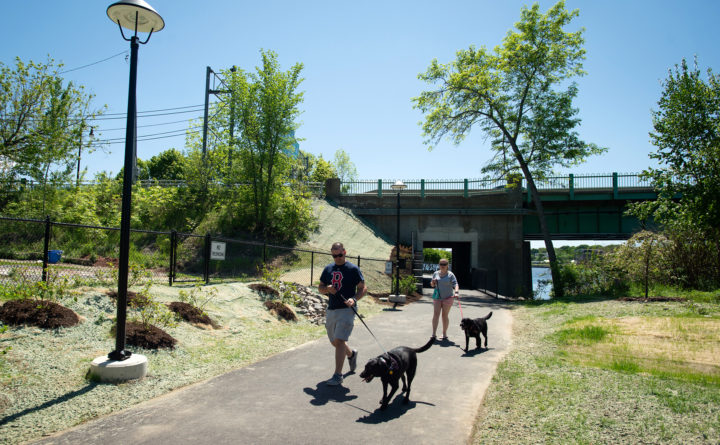 Nearly 20 years after the idea was first proposed, Brewer’s Riverwalk — a mile-long walkway along the Penobscot River stretching from Veteran’s Park on Penobscot Street to Hardy Street — is finally complete.

The city is celebrating the completion of the Riverwalk with a festival Saturday afternoon, when the Riverwalk extension will be officially unveiled. Work on the extension was finished in November.

“It’s absolutely amazing to see this come to fruition,” Brewer Mayor Bev Uhlenhake said. “But while the walk may be built, I think this is really just the next step for the whole project. It’s the things that will come out of this that are really exciting. It’s the community development, the experiences, the businesses that will grow out. That’s the phase that’s starting now.”

The idea for the Riverwalk was conceived of by residents and city officials in 2000 as part of a downtown revitalization plan that included the idea to build a walking and biking trail that runs the length of Brewer’s waterfront. Prior to the trail, the city completed a $4 million shore stabilization project to prevent erosion.

A comprehensive plan for the Brewer Waterfront was drafted in 2005, which included plans for the Riverwalk. The first part of the Riverwalk was completed in 2013, stretching from the south side of the Joshua Chamberlain Bridge to Hardy Street. 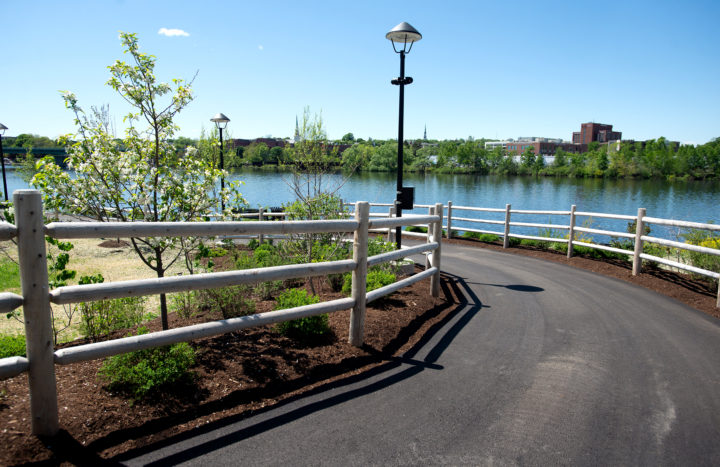 In 2018, construction crews dug two tunnels underneath both Chamberlain bridge pilings to extend the Riverwalk farther north. The tunnels allow Riverwalk users to avoid crossing the busy intersection of Wilson and Main streets, and they take users another nearly half-mile upriver to Veteran’s Park on Penobscot Street, near the State Street bridge.

In addition to the paved, lighted trail, the Riverwalk features a children’s garden, a number of ornamental or themed plantings, chess tables, a small performance area and a granite hand-carry boat launch.

“I think it’s more beautiful than we ever could have hoped for,” said Renee Doble, deputy director of economic development for Brewer. “And when you walk along the new section, along North Main, you forget you’re in town. It’s so calm and relaxing. It’s an oasis.”

In 2018, Brewer city engineer Frank Higgins said the city had an even longer-term goal of extending the Riverwalk south beyond Hardy Street toward the Interstate 395 interchange on South Main Street. The city also hopes to someday construct a “more primitive dirt trail” to extend the northern end of the Riverwalk to connect with Brewer Land Trust-owned land along Felt’s Brook, a stream that encircles most of Brewer before terminating near Wiswell Road.

“That’s the long-range plan,” Higgins said. “Eventually we would like to get there, but it’s not what I would call ‘in the works’ yet.”