Alcohol worked for a while as a way to self-medicate, until the price to pay was too high 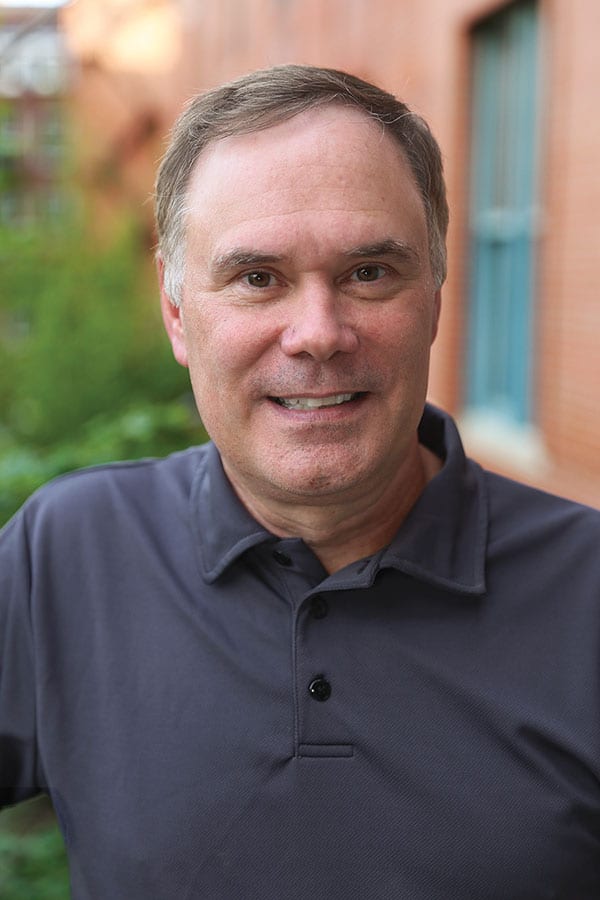 A person who has desperately needed hope knows like no other the power of visible recovery and the hope that is generated from knowing you’re not alone, there is a solution and many people are able to help with those very next steps.

Doug Dunbar from Hermon, Maine suffered from lifelong mental illnesses (OCD and anxiety) that alcohol seemed to alleviate for a period of time, but eventually led to 4 months in jail.

Today, he is recovered and feels privileged to help other people dealing with addiction and substance use disorder to find their way to recovery.

“I grew up in Bangor. I didn’t drink. I was the kid who drove people so that the few that wanted to drink had someone to safely get them home at night. I went to college in Worcester, Massachusetts, and I drank some, but I never liked the taste of it. My drinking began when the terrorist attacks occurred on September 11th, 2001. However, something that predates all of that is that from my earliest recollections as a child, I had two mental illnesses that I told no one about.

When the terrorist attack occurred, my symptoms went out of control. The next night I was having dinner with a friend at a restaurant in Washington, and we drank a lot of wine. I realized this would help. I began to self-medicate. I started with a bottle of vodka. I could get it down the way you would get down a bad-tasting medicine.”

This was the onset of alcoholism for Doug. It started with a few drinks a week, and it progressed. At that time, his family and friends still didn’t know about his mental illness condition or his self-medication plan. He was meticulous about hiding everything as he started drinking in an alcoholic fashion. While working as Maine’s Deputy Secretary of State, Doug warned people who had lost their driver’s license after receiving an OUI. He knew the consequences, but he couldn’t help himself from experiencing those consequences.

“I was able to conceal my first few encounters with law enforcement. I eventually became the poster child for what can happen when you allow issues related to alcohol and driving to snowball. All the things I had cautioned people about, I did. On my sixth arrest, I spent about four months in jail. I was released in March 2018 to enter the Penobscot County Adult Drug Treatment Court. Fifteen months later, I graduated. When you graduate, you get a coin, and I carry it every day as a reminder of what I’ve been through.

My journey to recovery started before I stopped drinking. After my third arrest, I turned to my employer’s Employee Assistance Program, and I got connected with a mental health counselor in Bangor. We agreed that I needed medication for my OCD and anxiety. These were ingrained in me and talk therapy with a counselor wasn’t going to be adequate. It seemed like a good plan. However, I was too far gone in my alcoholism to give up drinking. I made an attempt, but I wasn’t successful.

There is a lot of hope and ways to heal, but for me, it’s been through mental healthcare and being active in the recovery community.”

Doug worked in government for 30 years and never gave much thought to people who were suffering from addiction and were trying to get their lives together. Today, he tries to reach out to businesses and employers to pass the message that people in recovery can be an asset. He says he is a much better employee now than when he was hiding and drinking. His work was suffering since he wasn’t fully engaged with what he was doing. Doug is passionate about helping people who are in early recovery, including those reentering communities from jail or prison. He helps individuals connect with services through his role at Eastern Maine Development Corporation, a non-profit assisting people with challenges and barriers to gain education, training and meaningful employment. .

About his personal life change today, Doug says, “Well, my life today is dramatically different. I don’t wake up every morning feeling ill. I don’t wake up wondering what messages I send through my work email or my personal email. There were a couple of occasions near the very end when my boss would send me an email in the morning asking if she could talk with me about the message I left on her office phone the night before. I would have no recollection. For me, full hopeful recovery is about having a purpose, contributing and staying in contact with people.”