Belfast is one step closer to seeing its waterfront developed 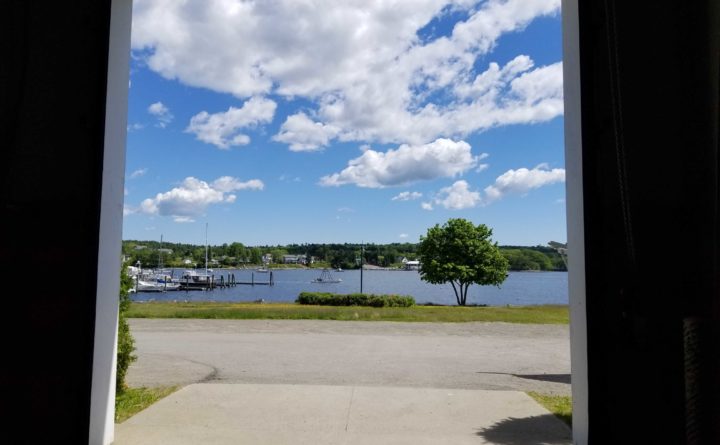 BELFAST, Maine — Developer Paul Naron is a lot closer to building a marina, restaurant and more on the Belfast waterfront after city councilors this week voted to move forward with the agreement he proposed.

Naron and the city have been at odds since February over aspects of the plan to develop his Front Street properties. The initial sticking point? A permanent easement for the Harbor Walk to cross his land that city officials had demanded.

The developer recently agreed, asking for certain concessions in return. And although some city staff initially seemed reluctant to grant everything he asked for, the council ultimately agreed with Naron. They will have a first reading of the finalized contract agreement at their regular meeting Tuesday, Oct. 1.

The properties, at 7 and 15 Front St., are the former Consumer’s Fuel and French & Webb sites. Naron, who redeveloped a former window manufacturing showroom on Spring Street into the United Farmers Market of Maine, has plans for his waterfront property. But they’ve been on hold while he and the city have wrangled, sometimes loudly, about the easement and other details.

Last winter, councilors denied Naron the permits to develop his land without a permanent easement to ensure the public will always be able to cross the property on the popular trail that winds around the city’s waterfront. But even though the developer finally agreed to grant the easement, a new area of contention seemed to emerge this week.

That happened when Naron asked for the two properties to be released from so-called contract, or spot, zoning as soon as the agreement with the city is finalized. The developer wanted this release and other zoning concessions for his properties in exchange for the easement.

The typical goal of contract rezoning is to give landowners broader options on how to develop their land, while allowing the City Council — rather than the Planning Board — the right to approve or reject elements of their plans. Naron, who has made no secret of his frustrations with the City Council over the months, made it clear he wanted to be done with contract rezoning and the council’s watchful eye as soon as possible. But Wayne Marshall, the director of the Belfast Code and Planning Department, balked at this request.

“The thing that’s really hard to do is identify each and every scenario that might come to pass,” Marshall said. “I’m sorry that [contract rezoning] is seen as a problem, because I also think it can be seen as a benefit.”

Naron’s attorney, Joe Baiungo, said that such a deal would mean the properties would move back into the waterfront mixed-use zoning district after the agreement is signed.

“If we can’t do it under the existing ordinance, it can’t happen,” the lawyer said.

He added that the zoning change nonetheless was a deal-breaker for his client.

At first, councilors said they were glad to have come so far, but some seemed to lean toward wanting the parties to work on the agreement some more before they signed off on it.

“The devil’s in the details,” Councilor Mary Mortier said. “I think I just need a couple of these Ts crossed and these Is dotted.”

The possibility of any more delays made Naron, who sat in the back of the room, grow agitated. Although he let his lawyer do the talking, Naron’s body language said a lot — over the course of the discussion he periodically stood up, held up his arms in a frustrated manner, put his head down on the chair in front of him or looked as if he wanted to leave the room entirely.

Eventually, though, the council began to make a different tack.

“I think we have to be very careful not to let the perfect be the enemy of the good,” Councilor Neal Harkness said. “I know everybody is trying to do their due diligence … I am feeling a little frustrated. I note the danger of moving backwards.”

Councilor Eric Sanders agreed, saying the easement for the Harbor Walk is the most important thing to him.

“We have kicked the can around this property for months now,” he said. “It seems to me the general request is, can we simplify the process going forward from what we just went through? Contract rezoning has definitely put some burrs in the saddle.”