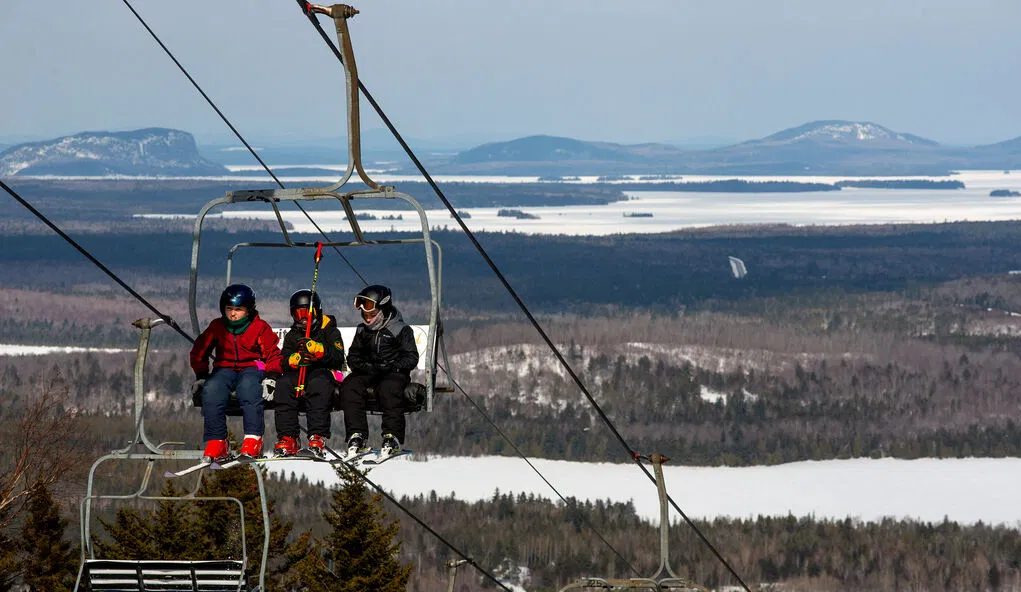 A proposed $75 million ski resort overlooking Moosehead Lake could bring development and numerous visitors to Piscataquis County. And even though Maine already has a number of ski resorts, ski industry experts said there’s likely room for another in the state.

That’s not to say a new resort at the site of the deteriorating Big Squaw Mountain Ski Resort wouldn’t have challenges. Ski industry experts are mixed on whether a surge in skiing during the COVID-19 pandemic will continue afterward. And climate change looms, potentially decreasing snowfall and shortening the ski season.

The resort’s ability to attract visitors will depend on whether it can differentiate itself from its competitors, building on the Moosehead Lake region’s natural beauty and abundant recreational opportunities to attract visitors — and potentially investment — to Piscataquis County.

“What we’re planning is an outdoorsman’s paradise,” said Perry Williams, the Knox County developer behind the proposal. “Not just skiing.”

The four-season resort would bring hundreds of new jobs to Piscataquis County, the least populous and among the state’s poorest counties. Williams, who is working with the nonprofit Provident Resources Group of Baton Rouge, Louisiana, to arrange financing, hopes for much of the resort to be open by 2022.

Maine is a top regional ski destination, and the Moosehead Lake resort would have large competitors in Sunday River in Newry and Sugarloaf in Carrabassett Valley. There are other smaller ski mountains scattered throughout the state, and Saddleback Mountain in Rangeley reopened last month.

The Moosehead resort would also offer non-skiing activities, many connected to the resort’s location by the vast Moosehead Lake, including snowmobiling, snowshoeing, boating, hiking, fishing, mountain biking and ziplining.

While ski resorts see many winter sports enthusiasts, those that offer outside amenities — such as restaurants, bars and other social activities — have been the most successful in recent years, Maine Ski Association Executive Director Dirk Gouwens said.

“You’ve got to have other activities and things for people to do,” he said. “It’s got to be more of a social experience than just ‘get out and ski.’”

The Moosehead Lake resort would feature hotel rooms, restaurants, condos and townhouses. Williams said food trucks could even make their way to the resort.

Outdoor recreation — including alpine and nordic skiing — has seen a surge in popularity during the COVID-19 pandemic in the absence of other leisure activities such as concerts, sporting events and theater.

That’s led many to discover or rediscover skiing, and the industry is optimistic that skiing’s renewed popularity will continue after the pandemic ends, Gouwens said. Moosehead would draw patrons if it provided the range of activities and facilities enthusiasts are looking for, he said.

Saddleback’s reopening after being closed for five years exemplified that model, Gouwens said. Its offerings quickly attracted a slew of visitors, and didn’t seem to take momentum away from Sunday River and Sugarloaf.

Visits to alpine ski areas in the Northeast declined — from about 13 million annually to 12 million — in the decade before 2019, said David Vail, an emeritus professor of economics at Bowdoin College and an expert on ecotourism. It’s unclear if the skiing surge during the pandemic will continue, he said.

Vail, who recently analyzed the economic benefits of opening Saddleback Mountain for the Northern Forest Center, said the focus on four-season activities could be a way for the Moosehead resort to differentiate itself. However, he said, Moosehead wouldn’t be alone in emphasizing year-round offerings. Sunday River and Sugarloaf have also invested millions in summer and fall activities in recent years.

Climate change also looms large in the mind of many in the ski industry, including Williams, the Knox County developer. However, he said, he believes the resort’s four-season nature could compensate for the potential of shortened ski seasons.

While climate change is increasing precipitation, most of it is coming in the form of rain — especially in the later winter — which can either wash out snow or turn it icy, Vail said.

“Over the long run, and we’re talking a matter of decades, there are some really big challenges for alpine sports,” he said.

Advanced snowmaking equipment — which is in the plans for the Moosehead resort — can address this in part, Vail said. In addition, he said, the changes brought by climate change have seemed to more seriously affect southern New England than the northern part of the region that includes Moosehead Lake.

Williams said he has high hopes for the resort to become a prominent, drive-to destination for Mainers, New Englanders, Canadians and others who crave outdoor activities and social experiences on Moosehead Lake.

If he succeeds, it would return to the Moosehead Lake region what had been a major tourist draw. The Big Squaw Mountain Ski Resort opened in 1963, and after a 2004 chair lift malfunction closed off access to the upper portion of the mountain, tourist numbers in the region started to sag. A local nonprofit has leased the lower lift, trails and lodge since 2013, and offered skiing there.

(The name of the mountain where the resort is located was changed years ago to Big Moose Mountain, but not the resort name. “Squaw” is a derogatory term for Native American women.)

Williams said the resort can differentiate itself from the competition.
“Right now, it’s really a blank canvas,” he said. “We’re building a [ski area] for the next generation.”