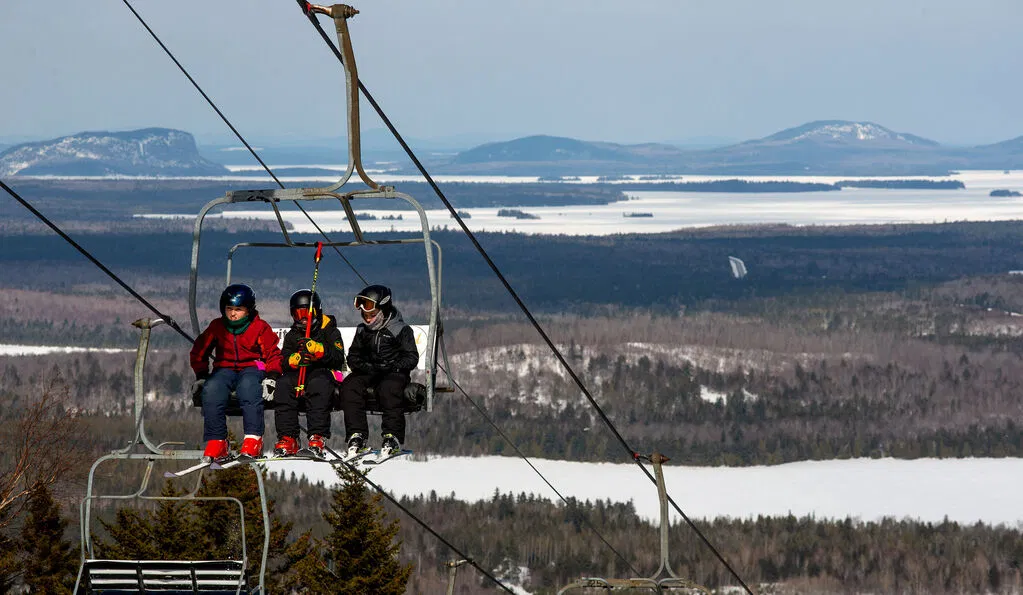 Piscataquis County commissioners on Tuesday formally backed the development of a year-round resort with new ski lifts, a hotel, marina, condominiums and more at the site of a longtime ski area overlooking Moosehead Lake that has fallen into disrepair.

But the development group’s $75 million construction cost estimate might not be enough to get the resort up and running due to increased construction costs, so commissioners agreed to support the group in seeking up to $135 million in bonds to finance the project.

The bonds would cover the costs of acquiring the property and designing, constructing and equipping the resort. They would also cover initial operating costs and some financing-related costs, according to the resolution the commissioners unanimously agreed to sign during a remote meeting.

Developer Perry Williams of Spruce Head and Provident Resources Group of Baton Rouge, Louisiana, are partnering on the project. Provident will work with Williams’ firm, Big Lake Development LLC, to obtain financing for the project through bonds issued by the Finance Authority of Maine this summer.

“There is no financial liability on the part of the county,” Williams told commissioners before the vote seeking the county’s endorsement of the project, located in an unorganized territory. Williams and Provident plan to use the commissioners’ endorsement as proof that the resort project enjoys local support.

Provident decided to increase the amount of money it seeks to raise through bonds because the cost of lumber and steel have increased sharply over the last year due, in part, to shortages and delivery delays related to the coronavirus pandemic, according to the Association of General Contractors. Supply shortages and increased costs are expected to continue in 2021.

The ski area could be ready to open in winter 2022 with the hotel, lodge, brew pub and other amenities opening the following year.

The investment is expected to create between 358 and 477 new jobs and result in $2.9 million annually in property taxes in Piscataquis County, the least populous and one of the poorest in Maine.

Williams said Tuesday that he began receiving resumes from people interested in working on the project or at the facilities once they open after news reports about the development were published last month. The developers estimate that 100 of the new jobs would be full-time. About 120 people would be hired during the construction phase.

The Moosehead Lake Ski Resort would replace the Big Squaw Mountain Ski Resort, whose Florida-based owner, James Confalone, was sued by the state in 2016 for failing to maintain the property. (The name of the mountain where the resort is located was changed years ago to Big Moose Mountain, but not the resort name. “Squaw” is a derogatory term for Native American women.)

Williams’ firm is in the process of buying the 1,700-acre property from Confalone.

The proposal calls for a four-season resort that would include new chairlifts, a new base lodge and brew pub, a 60-room hotel, expanded and improved trails, snowmaking equipment, an outdoor skating rink and a 150- to 200-slip marina on Moosehead Lake. In addition, the resort eventually would include 108 condominiums, 315 townhouses and 60 single-family homes.