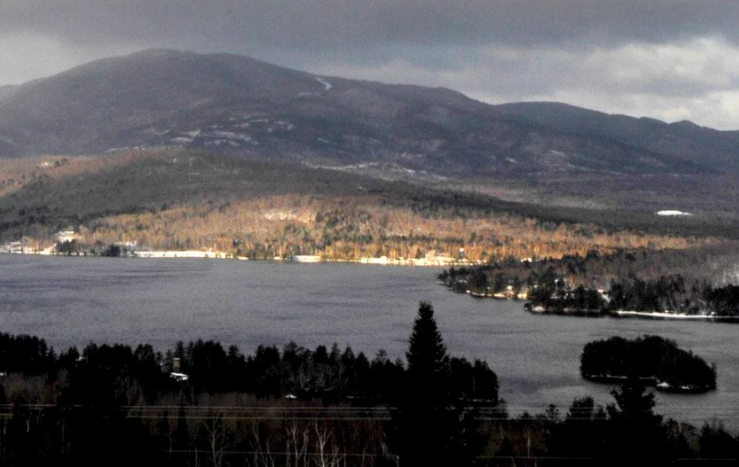 Rangeley-based Big Lake Development LLC is among the groups moving to relaunch ski operations on Big Moose Mountain as part of a project that backers say would generate hundreds of jobs.

Developers are pushing forward with a $113.5 million plan to reopen a ski resort overlooking Moosehead Lake that could serve as an economic catalyst for the region and bring with it hundreds of jobs.

The project under consideration by state regulators would include an upgraded ski lift, a new lodge, a 60-room hotel and other amenities on Big Moose Mountain.

Matthew Dietrich, executive vice president for Bangor-based James W. Sewall Co., an engineering firm involved in the project, described the plan this week as a reclamation that will restore and improve existing infrastructure on the mountain.

“This is not a giant development project that is a brand new idea that introduces all kinds of new impacts,” Dietrich said Tuesday. “We firmly believe we’re improving the situation. We’re making it better.”

He declined to give a timeline for the project, as the sale of the approximately 1,200-acre property must still be finalized in addition to receiving the necessary permits. He also noted that cost estimates are in constant flux, largely due to shifting prices for materials.

Plans for the first phase of development also include a brewpub, ziplines, a maintenance building, improvements to the water system, and greater vehicle access and parking, according to a state Land Use Planning Commission memo dated Jan. 31. The cost estimate of $113.5 million would cover just the first phase of work.

The commission Wednesday unanimously approved requests for a public hearing on the project. The plan must be approved by the commission because the property is located in the unorganized territory of Big Moose Township. The project developer, Rangeley-based Big Lake Development LLC, had argued that a public hearing wasn’t necessary.

A date will be set once more information is provided to the state by Big Lake Development, including a wastewater treatment agreement and completed wildlife study.

“It’s not the end of the world if we spend 30 to 60 days going down the road to make sure we’ve crossed all the T’s and dotted all the I’s,” Commissioner Bill Gilmore said at Wednesday’s meeting.

Chris King, secretary of the Moosehead Region Futures Committee, a group that scrutinizes development in the region and which requested the public hearing, argued at the meeting that the project is not routine, is financially complex and that there’s still information that needs to be submitted.

He also suggested that the two separate phases of the project should be considered together rather than separately.

The second phase would include a 150- to 200-slip marina and nearly 500 residential units. Big Lake Development intends to file an application with the state Department of Environmental Protection, Dietrich said at the meeting.

He argued that the project application was accepted as complete last March and that there was plenty of time to hold a public hearing earlier. The land use commission originally told him that a hearing would not be necessary, he said.

“Had we had a hearing three months ago we could have accommodated it in the schedule,” Dietrich said, noting the possibility that investor interest in the project could “evaporate” if delayed any further.

He said a pending lawsuit by the state against the current owner of the property that stems from the failure of a ski lift in 2004 could be resolved once the project is permitted by the commission and the property is officially purchased. The lawsuit involves allowing public access to the property.

“So the transaction to secure the land will not occur with the financing that’s in place until the permit is in place because the value of the property is vastly different with the permit and without the permit,” Dietrich said.

A letter from Dietrich to the commission includes endorsements of the project from U.S. Sens. Susan Collins and Angus King, the town manager of nearby Greenville, the Moosehead Lake Region Economic Development Corp. and others.

Provident Resources Group, a nonprofit based in Baton Rouge, Louisiana, holds a purchase-and-sale agreement for the property. Big Lake Development is performing the development work along with Yarmouth-based Treadwell Franklin Infrastructure Capital.

There’s excitement in the region that skiing could return to Big Moose Mountain, according to Lee Umphrey, president and CEO of Eastern Maine Development Corp. in Bangor. He said this week that the project could be a “game-changer” for the region by being an economic boon, potentially generating nearly 400 jobs and rivaling other popular ski resorts in Maine such as Sugarloaf and Saddleback.

“That’s why there’s widespread support locally,” Umphrey said. “It’s going to help the restaurants, hotels, tourist industry. It’s already a destination because of the beauty, but if it has all these amenities it will make it more attractive.”

Eastern Maine Development in 2020 gave a $385,000 loan for the project and the Finance Authority of Maine has approved $135 million in bond financing for both phases of the project, according to Umphrey. Barclays, the international London-based bank, is providing funding to underwrite the bond.

Mark Gilbert Jr., owner of Moosehead Marina with his father, said Wednesday that they encourage any kind of economic development in the area. The marina is located in Rockwood, about a 12-mile drive to the ski area. But he’s concerned by the potential stress on roads and local services like fire and police.

“If this activity grows and grows and grows but we don’t have the capital to support it from a fire and EMS or police standpoint … then it’s going to hinder them and hinder us as locals,” Gilbert said.

The ski mountain was formerly called Big Squaw Mountain Resort, a derogatory reference to Indigenous women. The resort effectively closed in 2004 following the failure of the ski lift, although there were repeated efforts to reopen it. Big Lake Development has pledged to rename the resort.

The mountain itself was also renamed Big Moose Mountain in 2000 after then-Gov. Angus King signed a law requiring that the slur and others like it be removed from names of public places in Maine.