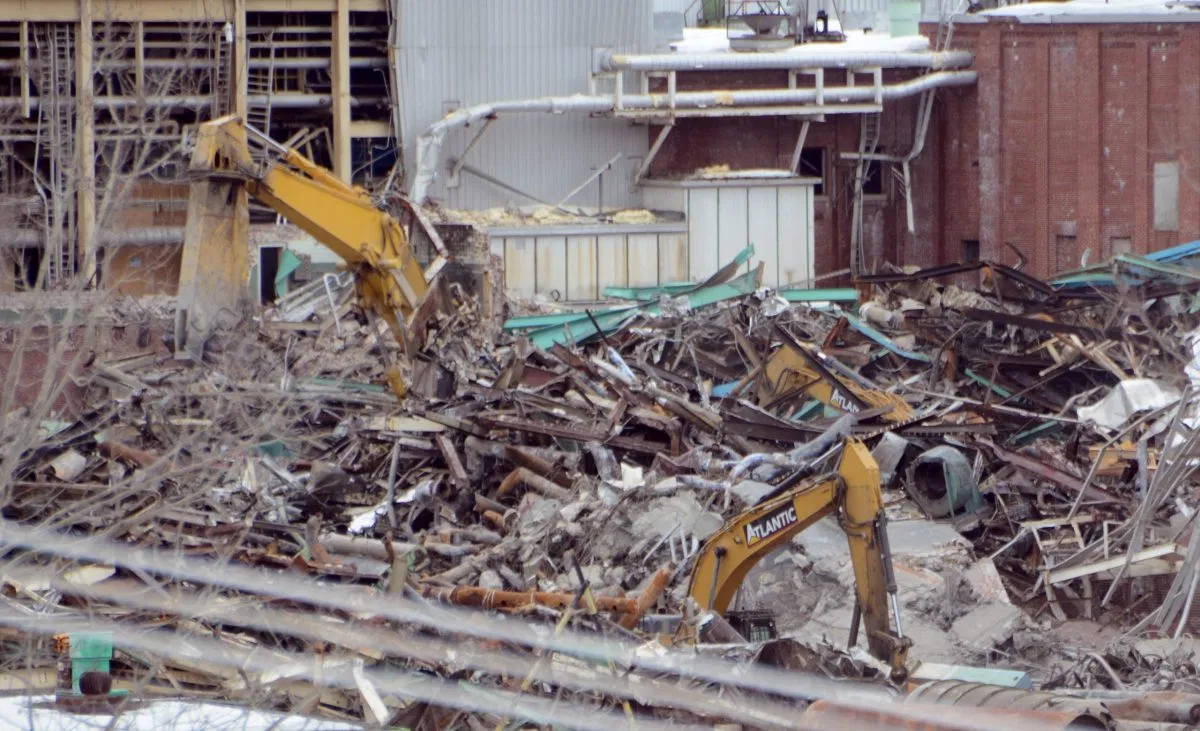 East Millinocket closed on a deal on Tuesday to purchase the former Great Northern Paper Co. LLC mill site, for generations the home of the town’s single largest employer, on Main Street for $1.4 million in grant funds.

The closing follows a tentative agreement signed on April 28 that was ratified by a 44-0 vote at a May 14 special town meeting. The town’s meeting warrant said that two of the site’s six buildings, the paper and recycling warehouses, “will accommodate a potential leaseholder of these buildings starting January 2021.”

Town ownership of the land will place in public hands one of the Katahdin region’s storied papermaking areas, where 212 workers lost their jobs when the East Millinocket mill closed for good in 2014. The sister mill in Millinocket closed in 2008, resulting in the loss of 208 jobs.

Town officials consider the 215-acre site ideal for industry. Located between Route 157 and the Penobscot River, it is only four miles from Interstate 95, has more than 222,000 square feet within its six buildings and access to railways that connect Quebec to Searsport and the river.

GNP bankruptcy proceedings led to the December 2014 sale of the site to Hackman Capital Partners. Ownership then changed, with a Florida company that specializes in demolishing obsolete properties, North American Recovery Management, buying the property in March 2016. The property’s last owner prior to the town is listed as Katahdin KI 50, LLC, which has the same principal as North American Recovery.

At one point, a potential suitor that proposed to build a biorefinery fought to halt the mill’s demolition, but then ran into financial hurdles.

The tentative sale agreement calls for Katahdin KI 50 and Metro Industrial Demolition and Environmental Contractors to start razing the site’s steam plant and biomass facility within 18 months of the closing, according to a statement released by the town.

The Town plans to develop the property as an industrial complex with several industrial users, funding the site’s redevelopment with grants, foundation monies and low-interest loans. Plans include efforts to market and manage its usable remaining buildings and land, according to the statement.

Town leaders and a variety of agencies have worked for more than a year and a half to buy the property.