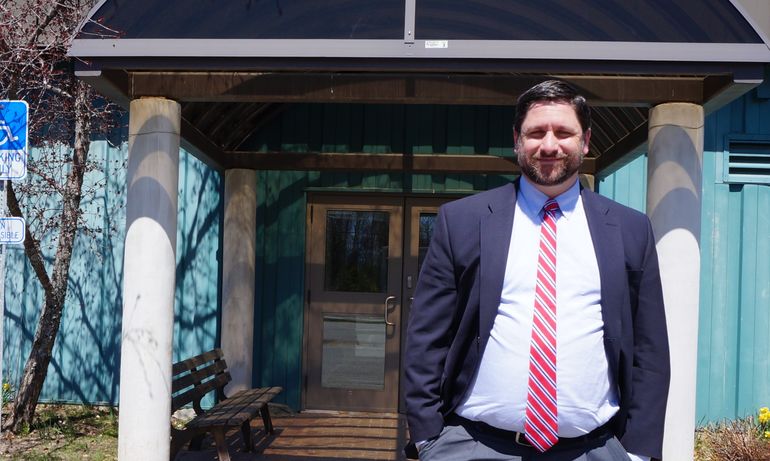 More focus on the northern towns of the Katahdin region, more places to eat and better infrastructure are some of the thing Mike Elliott hopes will happen soon. For the bigger picture, he’s hoping for a connection between the eight towns in the area that will be a foundation for a new economy.

Elliott has only been Katahdin region economic development director for a month, the first person to hold the newly created position, but he has a definite idea of what’s expected.

“Make order out of the chaos,” he said last week, as he sat in his new office at the Katahdin Region Higher Education Center in East Millinocket.

Elliott, formerly with Northern Light Health, comes to the job at the same time the Katahdin Gazetteer — an action plan for the region’s development and economic sustainability — has been completed as a variety of organizations in the area look at ways to bolster economic development.

Creation of the economic development position came out of discussions with Katahdin Revitalization, a nonprofit volunteer group dedicated to building the region’s economic strength.

Elliott’s role is to be the primary link between businesses, industries, community groups, developers and funders, regional officials said when the position was first announced last year. It’s funded by Penobscot County tax increment finance money, the Katahdin Woods and Waters National Monument and is part of the Eastern Maine Development Corp., who Elliott is an employee of. He works directly with the Katahdin Region Development Board.

The region covered includes the Penobscot County towns of Millinocket, East Millinocket, Medway, Patten, Stacyville, Sherman and Mount Chase and the Aroostook County town of Island Falls. The intention of the job is to bring together the diverse economic challenges of the entire area, Mike Michaud, chairman of the Katahdin Regional Development Board, told Mainebiz in December.

“The communities in the region have a lot of the same challenges, but also some very different challenges,” said Michaud, who represented Maine’s 2nd District in the U.S. House of Representatives from 2003 to 2015.

While the economic challenges in Millinocket, as well as nearby East Millinocket and Medway are well-known after the pulp mill in Millinocket closed in 2008, followed by the one in East Millinocket in 2014, the northern part of the region also has its own challenges related to lack of jobs and work opportunities, a small economic base, transportation, access to health care, and other issues, Michaud said. 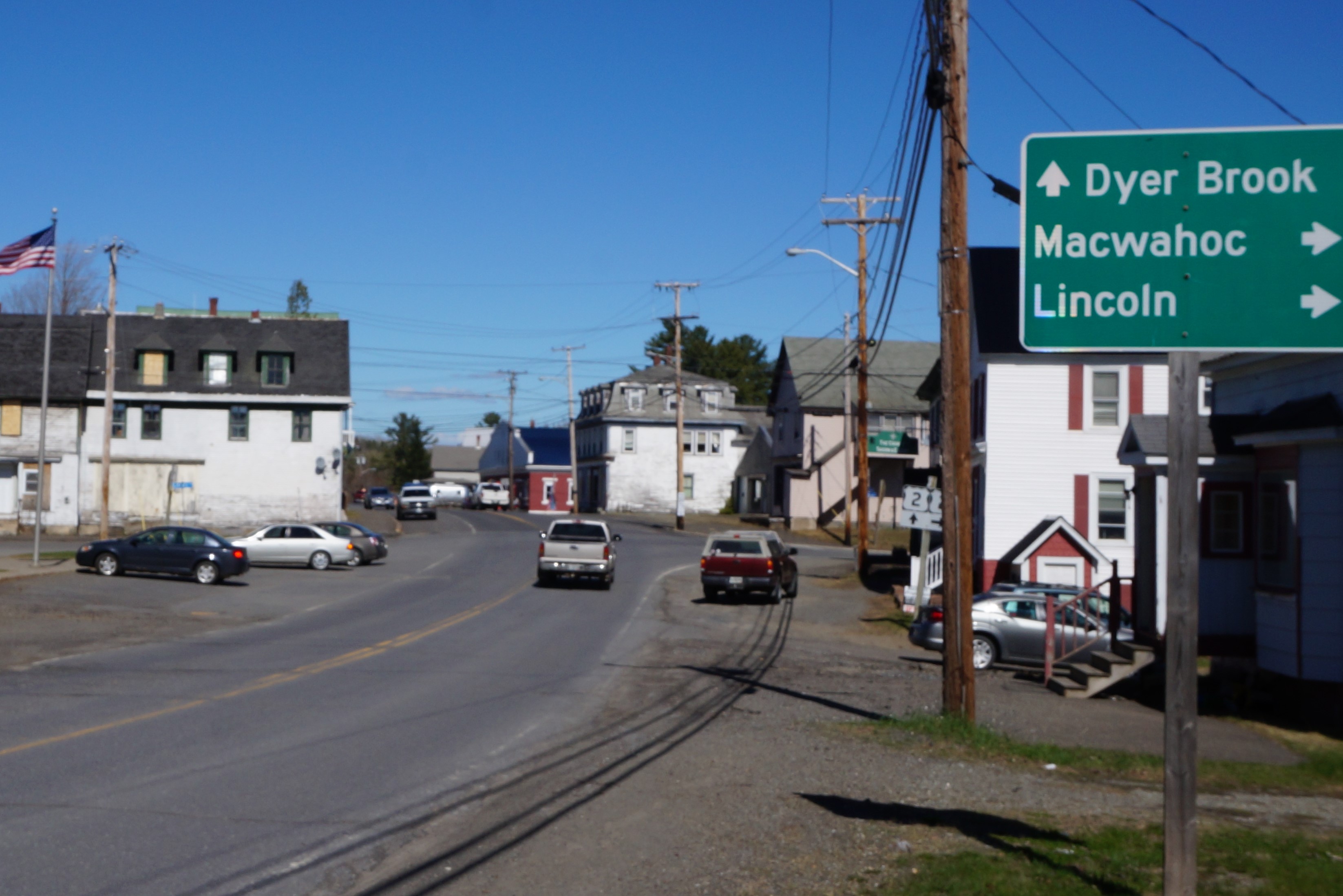 Looking to the north
Elliott, in an interview last week with Mainebiz, agreed. He said his initial focus will be on the towns in the northern part of the region: Patten, Sherman, Stacyville, Mount Chase and Island Falls. While his main office is in East Millinocket, he also has one in Patten.

“We got a lot of feedback that these towns want to be heard,” he said. When the towns agreed to be part of the Gazetteer project, the message was, “If we’re signing on for this initiative, we want to have a voice.”

The region has seen a lot of change in the past five years as the mills closed. In 2014, urban planning consultant Charles Buki, of CZB LLC in Alexandria, Va., moved by a New York Times article that chronicled the Millinocket area’s woes, did a pro-bono analysis. He told the town in a January 2015 open letter published in Down East magazine that improvement meant “fundamental change.”

Besides the well-known former mill sites in Millinocket and East Millinocket, there is also an empty biomass plant in Stacyville, and an empty former starch factory in Island Falls that once supported the town, Elliott said.

Last year, Stacyville, Patten, Sherman and Mount Chase broke off from southern Aroostook Regional School Unit 50 to form their own school district, and as a result have shaved money from their town budgets.

Opportunities are there for redevelopment, and the formation of the Katahdin Woods and Waters National Monument, which is accessed in Stacyville, is a good start, but he said it takes a focused effort.

“Unfortunately, initiatives come and go,” he said. He said the collaboration and action points in the Gazetteer, as well as the creation of his position, are designed to ensure that doesn’t happen. 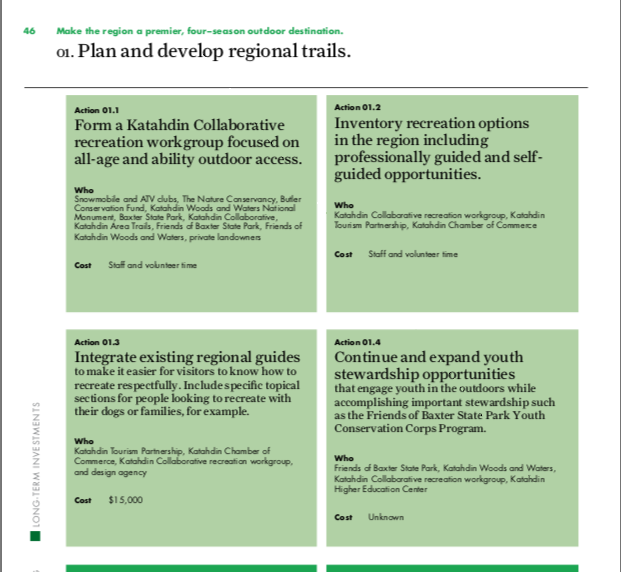 Six ‘big ideas’
The Gazetteer is the result of robust regional economic development that have been going on for the past few years in the Katahdin region, aimed at, among other things, strengthening the ties between all the towns.

While Elliott’s position isn’t related to the Gazetteer, it’s an example of how discussions about solving economic issues in the region can bear results, said Lucy Van Hook, community development manager of Our Katahdin, another group focused on regional revitalization. She said a group of motivated local people made it happen. “It’s already a living, breathing outcome.”

The result of the Gazetteer project is a 117-page bound book, as well as a digital version, that outlines the region’s goals broken down into six “big ideas”:

Foster vibrant villages that enhance the region;
Make it the premier four-season outdoor destination in New England;
Be a place that supports and attracts people of all ages;
Cultivate local jobs and a new regional economy;
Grow the next wave of forest product manufacturing;
Future-proof the region.
The action points in each section, designed to look like easy-to-digest post-it notes, include cost estimates, where appropriate, and who will carry out the plan.

Van Hook said that some of the actions were already underway when the Gazetteer discussions began, and some have already produced results.

The process included meetings across the region — from four dinners that attracted 75 residents, to a Millinocket happy hour that brought in 30 people. Other events included festivals, potluck dinners, a s’mores and star-gazing session — 32 people showed up for it — as well as surveys, direct mail invitations multi-day workshops, individual interviews and more.

The report was compiled by consulting agency Adam Burk + Co. and the book that resulted was designed by Better Yet Studio, both of Portland. It was authored by the Katahdin Collaborative, a loose group of area residents that fosters collaboration and communication among volunteer groups, businesses, nonprofit organizations and municipalities in the region.

It was funded by the Elmina B. Sewall Foundation, Jane’s Trust, the Betterment Fund, The Nature Conservancy and the New England Grassroots Fund.

It has some obvious items — craft brewery, anyone? — as well as more region-specific ones, like a feasibility study for a Maine Woods Institute that would research and showcase the region’s history, logging and forest industries, natural attributes and more.

It has things individuals can do, like take part in a regional pride day or “grow a row” in their gardens or on their farm for local food pantries, to large government-driven ones, like changing traffic and road infrastructure. 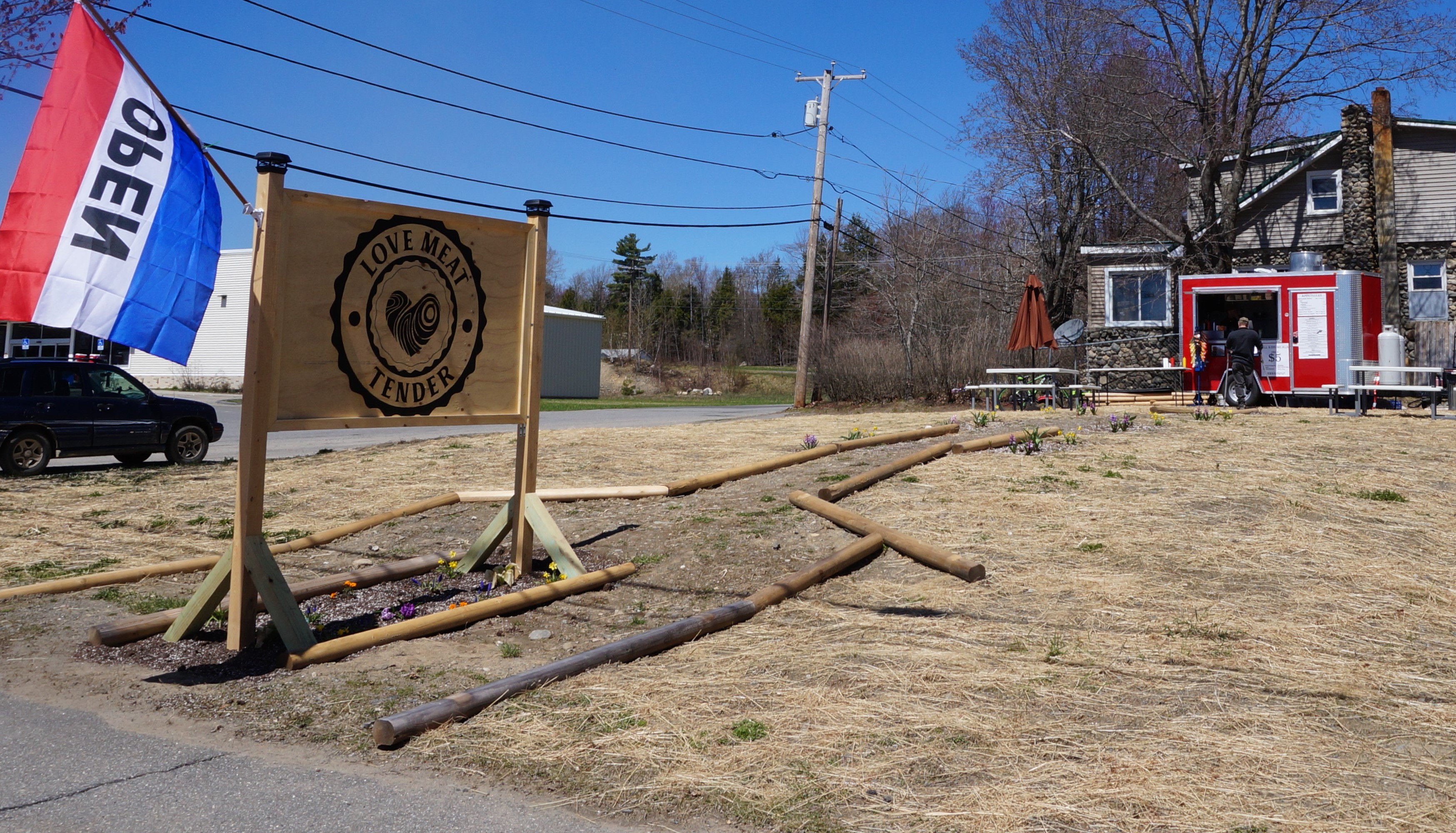 A community effort
Elliott is taking some of that feedback and running with it.

Some of the wins he’d like to see in the near future include strengthening infrastructure, including sewer and other utilities, and increasing accommodation options — Elliott said he’d love to see a Comfort Inn or another hotel in the northern part of the region.

Ideally, stronger infrastructure in the towns would attract more business. “And that would attract a workforce, and you have to put them somewhere,” he said.

He said marketing is a big part of it, something that’s also stressed in the Gazetteer.

He referenced the motto on the state’s entry sign at the southern end of Interstate 95, “Maine, the way life should be.” “We need to do a better job of telling that story,” he said.

The initial plan is to focus on what the communities want and need.

“These towns are enthusiastic for any attention they get,” he said. “It’s never to late to define who they’re going to be.”

He said while they’re sensitive to sustaining their community, they’re also concerned about preserving the natural assets of their communities.

Van Hook acknowledges the Gazetteer is extensive and wide-ranging, but she said it’s about taking action, a road map that’s necessary for the region to prosper.

The most important element, she said, is the community collaboration that put it together. “That gives it a lot of strength,” she said.

He and Van Hook both said one benefit of the Gazetteer process is that it brought the northern and southern areas of the region together.

Van Hook said there are natural rivalries, both geographic and man-made. Even within the southern region, when the mills operated, they were charged with trying to beat the production of the neighboring towns.

“Strengthening the connectivity of the entire region has always been the focus,” she said,

Elliott said that plans are to “coordinate efforts as much as possible,” even while he’s focused on the northern towns.

The Gazetteer effort, “It’s evidence these communities can work together,” he said.

His initial position tenure is for five years, and he’s optimistic about the future of the region and the part new initiatives will play.

“It starts somewhere,” he said. “It starts with a vision and hard work. Why not this area?”