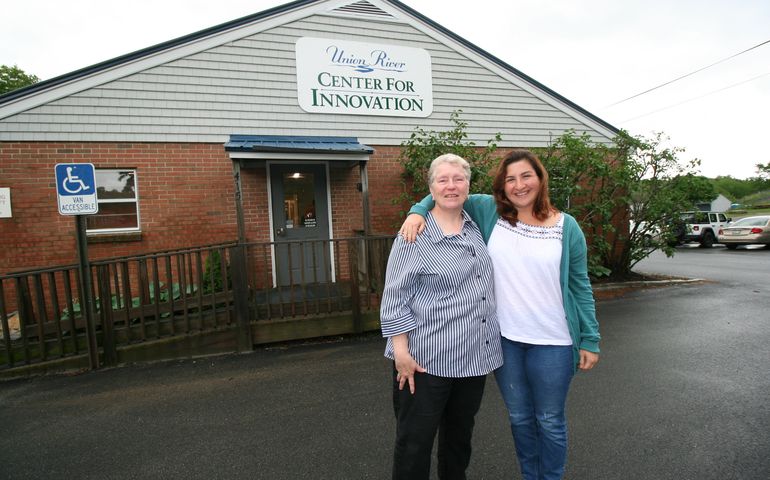 Micki Sumpter, who has been involved since 1997 in Ellsworth’s economic development, is turning her attention to the town of Mount Desert.

Sumpter served as director of the Ellsworth Area Chamber of Commerce from 1997 to 2013, then became economic development director for Ellsworth, serving full-time from 2013 to November 2018.

Since November, she’s been serving part-time in an advisory capacity. She stepped down altogether on June 28.

In mid-July, she will next take on a part-time position as executive director of the Mount Desert Chamber of Commerce.

“Micki has a legacy, and I’m happy to take that and run with it,” Janna Richards, Ellsworth’s new economic development director, told Mainebiz.

With the city, major initiatives included broadband development, business development, the founding of a startup incubator called the Union River Center for Innovation, downtown revitalization and housing for all levels of demand.

Another major project was the development of a new $20 million wastewater treatment plant to replace an aging plant that didn’t have capacity for the city’s population, which grew 22% from 2000 to 2015, according to census data. Sumpter began her work on the project as a consultant, while she was still with the chamber.

“The vision was that, if we did this, the city could grow even more,” Sumpter said.

That vision has materialized, said Richards.

“A lot of the development in the years after that wouldn’t have come about if we didn’t have the new plant,” said Richards, who cited the new Jackson Laboratory facility in Ellsworth as an example.

According to city documents, economic development focus areas currently include:

• Expansion of the Union River Center for Innovation to include workforce development, possibly in partnership with Hancock County Technical College;

• Expansion of the city’s broadband infrastructure;

• Housing development, from workforce to luxury;

• Traffic management and upgrading to an intelligent transportation system;

The city is also in the process of following steps to become a Maine Downtown Affiliate community through Maine Development Foundation, said Richards. The affiliate program is considered ideal for communities with downtown associations in their early stages as well as for those communities working toward achieving “Main Street” designation.

Over the years, said Sumpter, the city and other stakeholders have gained a new understanding of the importance of partnerships.  New partnerships have fostered a vibrant community that has helped build awareness of Ellsworth, she said.

“Through the chamber and the city, my goal was to help get Ellsworth on the map,” she said. “People have to understand what Ellsworth stands for.

“We’re not just a drive-through community. We have businesses and residents who make a difference. We have people who care.”

Sumpter said that, with the Mount Desert chamber, she looks forward to working with the town’s economic development committee.

“It’s a whole different challenge because the populations are different,” she said. “I need to look at the members and see what their needs are and make sure everyone can be heard.”