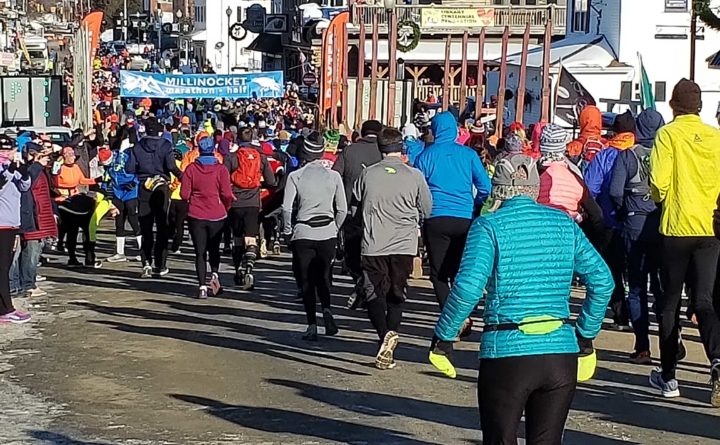 When Mark Zuckerberg, CEO of Facebook, visited our business in the spring of 2017, he told us he was interested in Millinocket because globalization had been good to him and his company, but not so good for large swathes of America. Zuckerberg was discreetly touring the country with his wife to hear directly from communities that had been negatively impacted by the changing economy and Millinocket was Exhibit A of a town impacted by the collapse of its manufacturing base. Twelve of us — entrepreneurs, community leaders, educators, and former mill workers — sat around our conference table and told Zuckerberg our stories.

Nearly three years later, our region has concluded its first annual Katahdin Summit, where we addressed some of the very same topics that interested our famous guest. The Katahdin Summit brought together leaders from every sector of Maine’s economy, and business people from across the United States and Canada. As a facilitator at the event, I had the opportunity to be part of a dynamic conversation about the future of rural Maine. One of the narratives that emerged from the summit was the idea that entrepreneurs will power an economic renaissance in our state’s beautiful but remote places.

The national average survival rate for first-year startups is approximately 80 percent. With a 72 percent survival rate, Maine’s startups could use some help. How can we better support Maine’s entrepreneurs?

We start by embracing technologies. As Katahdin Summit participant Larry Sterrs, board chair of UniTel, remarked, “I’m confident that the continued expansion of fiber broadband in the Katahdin region will create unprecedented opportunities to attract people and businesses to the area. Broadband is essential infrastructure for growth.”

Fiber broadband is a game-changer for rural economies. It moves small towns like Millinocket from the end of the road to the middle of the road, connecting remote workers to corporate headquarters and businesses to markets around the world. It also increases quality-of-place through improved capacity for telemedicine, better connectivity to friends and family outside the area, and expanded opportunity for online learning.

In addition to building fiber networks in small towns, advances in solar and wind technologies create openings for off-grid, small wood-products manufacturing and tourism-based businesses in Maine’s most remote locations. There are also exciting opportunities for entrepreneurs to partner with the University of Maine to bring to market emerging technologies that transform wood into biofuels, products produced from nanocellulose, and mass timber.

We must also address the barriers entrepreneurs face. Let’s create efficient pathways connecting entrepreneurs with financing, and bridge the gap between great ideas and the management skills it takes to grow a successful business. Let’s better support Maine’s large population of veterans, 25 percent of whom are interested in starting a business and are more likely than average to start and own a business. Let’s replicate the Maine craft brewing community’s model, where brewery owners and founders go to great lengths to support, guide and collaborate with people just getting started in their industry.

Let’s make it affordable for small business owners to purchase health insurance for themselves and their employees. Let’s organize a Start Up Maine event in Aroostook, Washington, or Franklin County to connect and inspire rural entrepreneurs. Let’s assist entrepreneurs during the first five years when a fledgling business is most vulnerable by establishing vibrant business incubators in every region of Maine.

Meanwhile, in downtown Millinocket, we have seen a steady increase in entrepreneurs walking through the doors of our design firm. In addition to ventures related to tourism and outdoor recreation, there has been a blossoming of creative business models that primarily connect with markets online, including a subscription gift box company, a reclaimed wood manufacturer, a gourmet coffee and tea wholesaler, an antique book broker, a bonsai tree nursery, and a CBD dog biscuit manufacturer. This is just the beginning.

As we start a new decade and celebrate Maine’s 200th birthday, I predict that Millinocket and the Katahdin region will become a national model for how a small, rural community transitions from a traditional, single-industry economy to a resilient, diversified economy built on both natural assets and modern infrastructure. Perhaps in a few years, we can invite Zuckerberg back to Millinocket to show him that Exhibit A for economic collapse is now Exhibit A for economic recovery. I’ll invite him on Facebook.