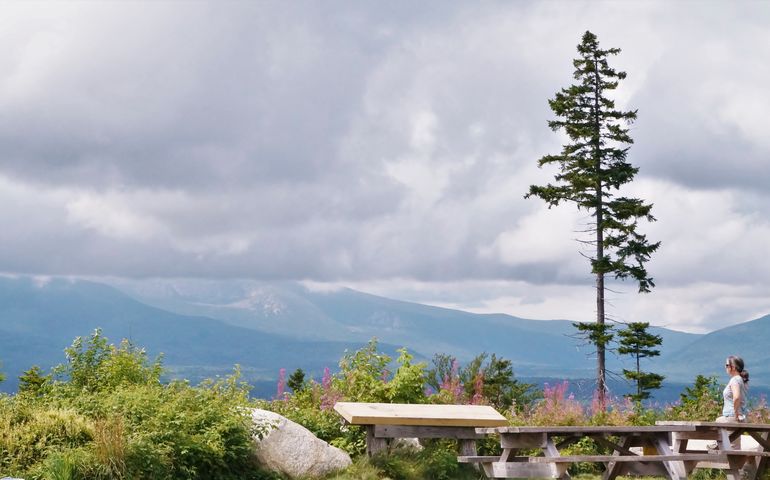 The four counties overseen by the Eastern Maine Development Corp. have many avenues of opportunity to stengthen their economy in the next five years, but also have some big challenges to overome, a new five-year economic strategy concludes.

The five-year Comprehensive Economic Development Strategy for the state’s Eastern Region, released by the EMDC Thursday, targets broadband, transportation, climate resilience, workforce and education, and business as the goal areas to focus on. The aims include strengthening businesses, encouraging new ones, enhancing quality of life, helping the workforce gain new skills and attracting new workers.

The pandemic brought the region’s challenges to the forefront, Lee Umphrey, EMDC president and CEO, said in a virtual report presentation Thursday. He said one thing that makes it different from other CEDS reports is that it tried to capture the region’s “spirit of resiliency” highlighted by the pandemic.

Anna Stockman, of the EMDC, said that resilience is also evident in how the region has recovered from mills closings in Millinocket, East Millinocket and Bucksport in recent years. All three sites of what were once the region’s largest economic drivers are being redeveloped, creating jobs and enhancing economic growth, she said.

But the pandemic also laid bare challenges, particularly broadband access and availability of affordable housing for much of the region’s population.

The region’s challenges not only have an impact on the economic well-being of the people who live there, but also a dampening effect for those who might move there, Stockman said.

The region’s strong quality of life and collaborative culture make it attractive, and the report calls for leveraging both of those elements.

The national park designation would increase jobs, tourism and business opportunities, the report says. Clean energy, particularly solar, is also a jobs and business creator. The report cites job growth in the sector between 2014 and 2019 five times the national average.

Another asset is the Bangor International Airport. Many of the 211 businesses surveyed for the report cited it as the region’s most important business asset. The airport puts the region at an advantage to meet current and future demands, Stockman said.

Bangor City Council Chair Dan Tremble urged EMDC and its partners not to “put the report on a back shelf.”

He said that the number of people living in poverty in Penobscot County alone has increased tremendously over the last decade. The fact that more than 200 businesses took part “is huge,” and shows support for the plan.

“Use it as a blueprint, a roadmap for the next five years,” he said. “Hopefully it will lift people out of poverty and provide great jobs.”

Business ‘pulls it all together’

The business goal of the plan calls for supporting growth of existing businesses and attracting new ones to the region.

One area where challenges are met consistently is business, said David Cole, a consultant and former Maine Department of Transportation commissioner.

He said the business goal ties all five of the report’s goals together. “I believe the essence of economic development is business formation,” he said. “Forty years ago, we were saying small businessis the backbone of the economy, and that hasn’t changed.”

The five-year plan provides a platform for strengthening that backbone. “We have a wealth of entrepreneurs with vision,” he said. “But anyone with a business knows threre’s barely time to do the basics.” He said that connecting the people with vision to the people with resources will help small businesses gain economic strength.

Of the other four goals:

Transportation. The plan calls for improving and expanding the transportation infrastructure, and supporting port and rail development.

Climate resilience. The plan calls for fostering methods to adapt to and mitigate the effects of climate change, including support for businesses that need to make changes, encouraging climate-friendly development and more.

Workforce and education. The plan calls for developing, retaining and attracting talent. That includes increasing collaboration between educational institutions and business, improving digital literacy for businesses and individuals, and promoting and increasing regional assets to attract more workers.