Grant to MDI Bio Lab will support research on stress 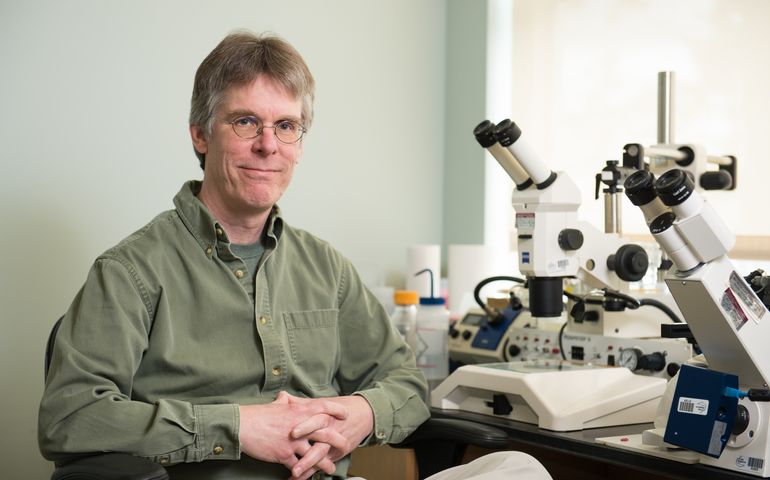 James Coffman, a developmental biologist and associate professor at the Bar Harbor lab, received a two-year grant totaling $166,000 from the National Institutes of Health for his research on the regulation of cortisol, a naturally occurring steroid that governs how the body responds to stress, according to a news release.

The research is expected to one day lead to novel interventions or therapies to mitigate the adult effects of early-life stress.

Organisms exposed to chronic early-life stress are more vulnerable later in life, long after a source of stress has been removed, to inflammatory diseases like arthritis, asthma, cancer, diabetes, heart disease and even mental illness.

Coffman uses a common aquarium fish, the zebrafish, as a model to study the genetic circuitry through which elevated cortisol affects the development of the stress response system. The award will fund research on a specific gene, Klf9, that the Coffman laboratory has shown is activated by chronic cortisol exposure.

The zebrafish is considered an ideal model for the research because it is relatively easy and economical to work with and because its stress response system and associated regulatory genes are similar to those of humans.

The award was made by the Eunice Kennedy Shriver National Institute of Child Health and Human Development.

The body’s stress response system is typically turned off when a source of stress is removed, he explained. But if the system is chronically elevated during early development, it remains chronically active later in life.

A stress switch that’s permanently set to an “on” position can result in inflammation and a poorly regulated immune system. That sets the stage for the development of chronic disease in later life.