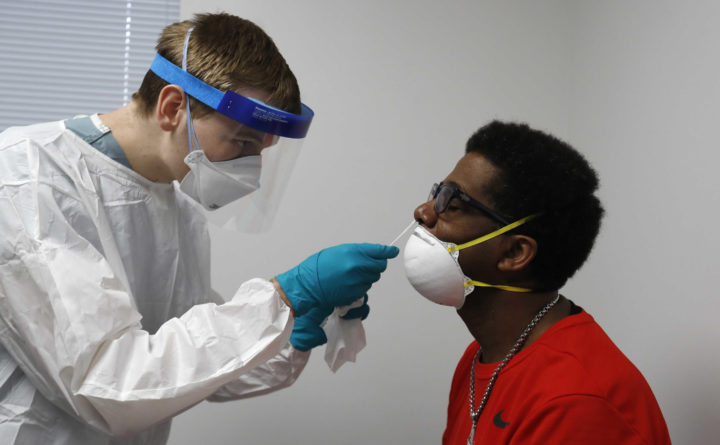 Click here for the latest coronavirus news, which the BDN has made free for the public. You can support our critical reporting on the coronavirus by purchasing a digital subscription or donating directly to the newsroom.

A Guilford company that makes the medical swabs necessary to test for the coronavirus has identified a location in Pittsfield where it would open a second manufacturing facility to help meet the spike in demand for its products.

The company, Puritan Medical Products, is now working with a regional organization, Eastern Maine Development Corp., “to identify and hire 140 new production workers in their new manufacturing location,” according to Lee Umphrey, EMDC’s president and CEO.

Umphrey also said that a site in Pittsfield “has been identified” for the company’s expansion. He was only able to share a few details about the project on Wednesday.

The administration of President Donald Trump is providing funding to Puritan Medical Products through the Defense Production Act to boost its monthly production of the swabs from 3 million to more than 20 million, Trump’s trade adviser, Peter Navarro, told CNN last week. He said the company is expected to reach that capacity within 30 days of being awarded the federal contract.

The limited supply of the thin plastic swabs has partly held back testing for the coronavirus in Maine and other parts of the country. The swabs are generally stuck through the nasal passage to collect samples from the back of the throat, then sent to labs for processing.

Puritan Medical Products, which employed about 300 people in March, is one of the world’s top two makers of the swabs. Before last week, it had reportedly hired a few dozen additional temporary workers at its Guilford plant, according to the Morning Sentinel.

Now, it’s not clear how much funding the company will receive from the federal government. Timothy Templet, a co-owner and executive vice president of global sales, declined to speak with a reporter multiple times this week.

“I just can’t comment on it right now,” he said Wednesday afternoon.

Eastern Maine Development Corp. and Maine’s congressional delegation have both been helping Puritan Medical Products to expand production, according to Umphrey. His group has assisted with procuring government funding and finding workers for the new plant.

“We will be a pipeline for workers and the plan is to ramp up very quickly,” Umphrey said. “I can’t say more except the process is a model public-private partnership.”

Pittsfield Town Manager Kathryn Ruth has not responded to a request for information on a site for the manufacturing facility.