How Maine became a magnet for land-based fish farms 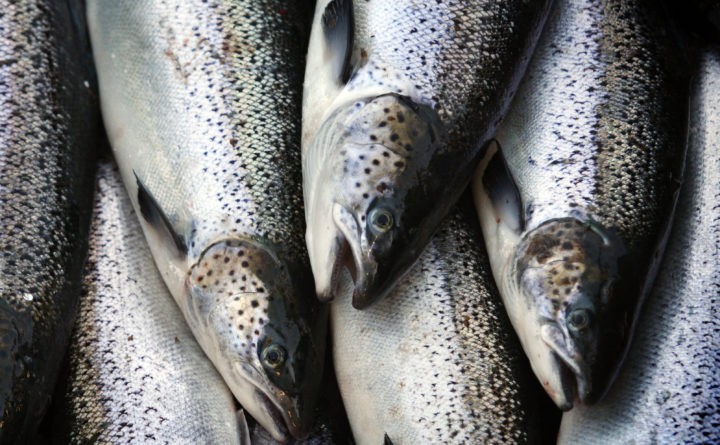 Officials from Kingfish Zeeland told a seafood industry publication last month that the company wants to expand into the U.S., and after considering 22 sites on the East Coast, the company has narrowed the list to two in Maine. While efforts to reach a company spokesperson were not immediately successful, two Maine aquaculture experts said that they were familiar with Kingfish Zeeland — and looking forward to seeing it come here.

If Kingfish Zeeland’s recirculating aquaculture system project moves forward, it would be the third such company in two years to announce plans to open in Maine, joining Nordic Aquafarms in Belfast and Whole Oceans in Bucksport.

“We have a huge seafood deficit in the United States,” Deborah Bouchard, the director of the University of Maine Aquaculture Research Institute, said Friday. “Having these land-based facilities not only will decrease our deficit but it will increase our food security. I actually think that this is good for Maine.”

Those words were echoed by Sebastian Belle, the executive director of the Maine Aquaculture Association. He said that he is excited that Maine might become home to yellowtail, along with the myriad other fish, shellfish, algae and diverse aquatic organisms that are farmed here.

“The company strikes me as being a very dedicated, very hard-working, very thoughtful group of people,” he said. “Certainly, their operation in Holland has a good reputation. It speaks very well of them as a company.”

The answer, Belle said, is simple.

“The American market for seafood is one of the largest markets in the world. And Maine as a state has a very strong brand, known for very high quality seafood,” he said. “Companies that want to produce close to their markets are looking to the United States and Maine is an obvious place.”

Aquaculture in general has been booming, both in Maine and globally. According to a 2017 University of Maine economic impact report about Maine aquaculture, it is the fastest-growing food production sector in the world, growing 6.2 percent annually between 2000 and 2012. In the state, the total economic impact of aquaculture nearly tripled between 2007 and 2017, from $50 million to $137 million.

[Proposed salmon farm rattles some in Belfast. Another in Bucksport draws few objections.]

But there is still a lot of room — and need — to grow, the report said. In 2016, the United States imported 91 percent of its seafood, and although the country is the world’s third largest market for seafood, it only ranks 15th in terms of aquaculture production. In Maine, where aquaculture plays an important role in the overall economy and in food production, the entire combined footprint of all the marine aquaculture businesses here is only the size of the Portland International Jetport, Bouchard said.

“Aquaculture could grow more,” she said. “Some of that is based on predictions on how are we going to feed the world in 2050? And aquaculture is one of the most effective ways of doing that.”

Still, when Mainers think of aquaculture, they might imagine Atlantic salmon swimming in pens in Washington County or Damariscotta River farmers tending to their crop of oysters. Growing fish to full size in giant tanks on land, as has been proposed by Whole Oceans, Nordic Aquafarms and now Kingfish Zeeland, might seem both new and strange. But Bouchard and Belle both said that the recirculating aquaculture system technology itself is not new, having been around for about 25 years.

Maine has such a facility already — in Franklin, where the U.S. Department of Agriculture has been using this technology to breed salmon strains for the past 12 years.

“Every time you build one of these things, you learn something,” Belle said. “It definitely has evolved to a point where its commercial viability has become much stronger than it was even five years ago. You’re seeing these projects being built all around the world. Maine is very lucky to have three of them in the process of being built.”

But is Maine prepared?

Of course, not everyone in Maine would use the word “lucky” to describe the interest in land-based fish farms. Some Mainers, especially people who live in and around Belfast, have fiercely opposed Nordic Aquafarms’ efforts to build its $500 million project near the mouth of the Little River.

Among other concerns, opponents have expressed their belief that the technology is too new, would use too much water and would potentially pollute Penobscot Bay.

News that another company wants to build a land-based fish farm somewhere in Maine is disturbing to Linda Buckmaster, part of the opposition group Local Citizens for Smart Growth.

“Maine’s just unprepared,” she said. “This is a new technology. Unproven, really, except in small batches. And we have virtually no laws governing land-based aquaculture, which I think is kind of the appeal. It’s kind of the Wild West, in a way.”

Companies that want to build land-based fish farms here have to follow the laws designed to keep the state’s water clean and environment undamaged. Before they can construct any tanks or start to raise any fish, they will need to obtain federal, state and local permits that allow them to do so.

Farming fish indoors with this kind of technology has a lot of support, including from the Monterey Bay Aquarium’s Seafood Watch program, which has given it a Best-Choice sustainability ranking. Conservation groups, such as the Atlantic Salmon Federation and the Gulf of Maine Research Institute, also have endorsed this kind of fish farm.

Bouchard said that overall, the state can handle even more land-based farms than have been proposed, though she added that every project might not be a good fit for every community.

“People are picking Maine because we have both land and water,” she said. “While the local community has to see if it will have an impact, it won’t have an impact on the overall state. We have a lot of water and a lot of land.”

Companies looking to build land-based fish farms understand that there are likely to be local concerns, questions and even opposition, Belle said.

“This is not something that’s unique to Maine, or to Belfast, at all,” Belle said. “What the history of the sector has shown us is that once a facility is built and is shown to be responsibly operated, a lot of those questions are answered and the concerns go away.”

That kind of complacency is something that worries Ron Huber, founder of the environmental group Friends of Penobscot Bay.

“Let’s say that Nordic got its way through. A lot of folks would just shrug and eventually would be walking their dogs there,” Huber said. “But some folks will do the long watch. And since it’s a new industry, it deserves that kind of close scrutiny.”