Katahdin Region’s economy takes big steps, but smaller ones may make the difference 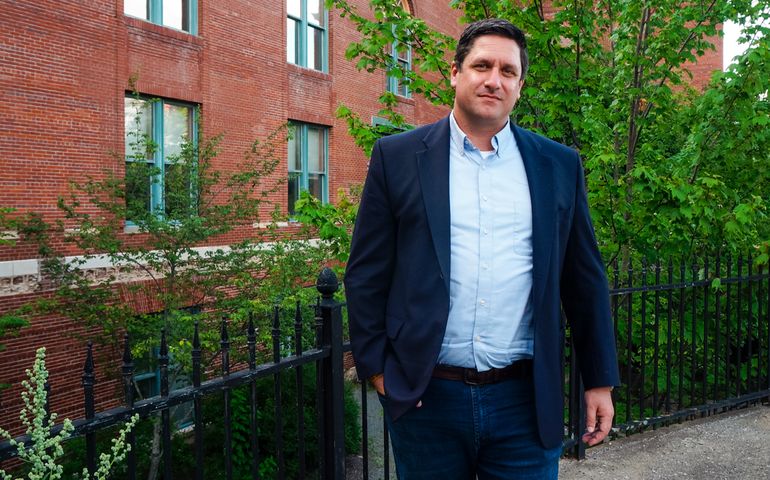 Mike Elliott says the Katahdin Region is on the verge of a growth explosion.

But ask him what one thing is needed to spark the fuse, and he’s stuck.

“I guess I don’t think that way,” says Elliott, who is the Katahdin Region’s economic development director. The focus, he says, is on “micro-transformations,” partnerships and small-business development.

It’s not that there haven’t been big sparks recently, including major steps toward developing the former mill sites in Millinocket and East Millinocket. And it’s not that some big ones aren’t still needed.

But economic growth for the eight-town region that straddles Penobscot and Aroostook counties will come from organic growth, including energetic entrepreneurs lured by access to a spectacular outdoors landscape.

One of the results of the COVID-19 pandemic is that the number of people curious about startup opportunities is rising.

“We were already hearing from individuals with inquiries about starting a business, but we’ve gotten more in the past four months than in the entire preceding year,” Elliott says.

Elliott stepped into the just-created Katahdin Region role in May 2019. The charge was to help bolster the economy in the Penobscot County towns of Millinocket, East Millinocket, Medway, Patten, Stacyville, Sherman and Mount Chase, as well as Island Falls,which is in Aroostook County.

The goal was to make up for the downturn in the traditional forestry and mill operations. Creation of the Katahdin Woods and Waters National Monument in 2016, as well as a strong push to jumpstart the Millinocket-area economy, spurred new energy.

A lot of that energy, Elliott says, comes from younger people who like the outdoors lifestyle, as well as boomers who are looking for a change. He says that includes both people moving to the area, as well as those who have lived there all their lives.

“The Katahdin Region is so primed for growth,” he says. “We need people with an entrepreneurial mindset.”

The pandemic-driven interest is from that type of thinker, people who’ve lost their jobs or business, or just want a change — “people who see opportunities,” Elliott says. “I see more people charging ahead.”

Going back before the pandemic, one young couple that saw the potential was Lindsay and Mike Downing, owners of the Mt. Chase Lodge, in Mount Chase, the northernmost town in the region.

“I’m experiencing the life I was always sort of meant for, but didn’t know it,” says Lindsay Downing. Her parents owned the lodge on Upper Shin Pond for 40 years, but the Downings never intended to move there or buy it. Until they did, in 2016.

With two young children and a shared love of the outdoors (their relationship was forged by hiking the Appalachian Trail together), the Downings say the region was made for them.

“It helps to be from here to run a business, but you don’t have to be to succeed,” Lindsay Downing says.

Photos / courtesy of the Downing family Lindsay and Mike Downing, owners of the Mt. Chase Lodge, are the kind of young entrepreneurs that the Katahdin Region is ripe for. They bought the lodge, on Shin Pond, from Lindsay’s parents and are raising their children, Walter and Annie, there.

She says business opportunities abound — things that lodge guests ask for all the time but no one in the area provides. Such as moose tours. The Downings tried to set up a service themselves, and it was hugely popular, but they didn’t have time to run it.

“If someone were to come up here and start a business doing something like that, it would take off,” she says.

Increased access to broadband is the biggest issue the area faces.

“We need to get serious about making that connection,” Elliott says. A move is on for fiber connection in Millinocket, East Millinocket and Medway, but the upper towns in the region are sparsely populated and farther apart, so broadband is more elusive.

Broadband access is not only important to attract business and new residents, but to help the businesses that are already there thrive.

Other steps are towns coming up with zoning and infrastructure strategies, and the region as a whole nailing down a marketing focus.

But Elliott says that they can’t wait for the big things to happen, but must still push for the smaller ones, business by business.

When Eastern Maine Development Corp. created Elliott’s position in early 2019, the goal was to draw the region together and focus on economic development. Elliott says the towns and development organizations are building coalitions that are seeing results.

A lot of it has to do with the basics. Several local groups last year put together a business resource with the Small Business Administration to let the towns and their business know what’s available, but also to help forge the networking process.

“We realized that there’s not a lot of difference between the eight communities,” Peggy Daigle, East Millinocket’s selectman chair, said at the time. “We all benefit from one community being successful.”

It was uncharted territory in many ways, but it’s catching on. “People have been working together bit by bit,” Elliott says.

Another collaboration is one between CEI Inc. and Our Katahdin, a nonprofit that is guiding much of the Millinocket-area economic development. The two have partnered on Baxter Business Works, a six-week business development class for small-business owners, with a curriculum designed by the Maine Center for Entrepreneurs.

“There is a lot of optimism across the Katahdin region, driven in large part by all the work these diverse small business owners are doing,” said Jennifer Sporzynski, senior vice president for business and workforce development at CEI, when the effort launched. “The excitement is infectious. There is such a strong commitment to place and investing in the growth and success of the people who live here.”

Other area development groups, like Four Directions, a community development corporation that represents the Wabanaki communities, and the Northern Forest Center are also involved in region-wide collaboration.

It hadn’t occurred to the Downings to buy it, but after talking to a local business mentor and considering their experience running the Appalachian Mountain Club’s Gorman Chairback Lodge, outside of Greenville, they took the plunge.

They’ve put thousands of dollars into roofs, windows, a furnace, cabin fixups and more. They also upgraded the dining and turned it into a community-dining style restaurant, open to the public as well as lodge guests. In the pandemic era, they’ve switched to outdoor dining at large picnic tables, made by a local Amish woodworker.

What they didn’t expect, Downing says, is that things would go so well so soon. Clientele has steadily grown at the year-round lodge, many attracted by the spectacular outdoors.

The lodge is 16 miles from the north entrance of the national monument and also on the road between Patten and Baxter State Park’s northern gate. Other area outdoor attractions are the Penobscot River Trails, in Grindstone, and the New England Outdoor Center, which now has two hubs in Millinocket.

Despite the COVID-19 pandemic, including restrictions to how many rooms they can make available, business at the lodge is better than ever.

Downing says she sees the same type of growth that the lodge has had in the region itself.

“The area has done nothing but grow and invest in itself in the last five years,” she says. “It’s a place people want to be.”