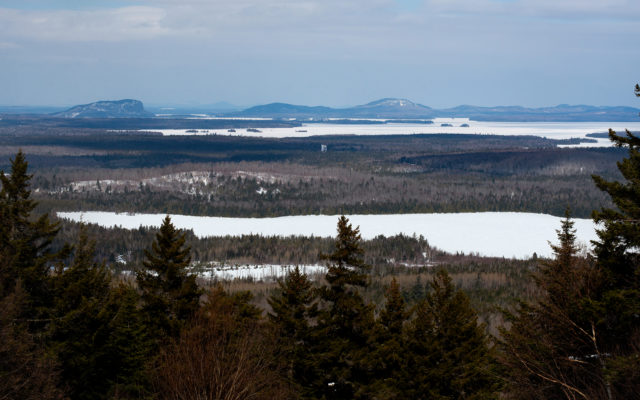 A Knox County developer and Louisiana nonprofit are proposing to build a year-round resort with new ski lifts, a hotel, marina, condominiums and more at the site of a longtime ski area overlooking Moosehead Lake that has fallen into disrepair.

The $75 million investment would create 300-400 jobs and result in $2.9 million annually in property taxes in Piscataquis County, the least populous and one of the poorest in Maine.

The developer, Perry Williams of Spruce Head, and Provident Resources Group of Baton Rouge, Louisiana, are asking Piscataquis County’s three commissioners to sign a letter in support of the project.

Commissioners received an update on the project Tuesday and plan to sign the letter at their Feb. 2 meeting.

Provident would work with Williams’ company, Big Lake Development, LLC, to secure financing for the project through bonds issued by the Finance Authority of Maine next summer.

The Moosehead Lake Ski Resort would replace the Big Squaw Mountain Ski Resort, whose owner, James Confalone of Florida, the state sued in 2016 for failing to maintain the property. (The name of the mountain where the resort is located was changed years ago to Big Moose Mountain, but not the resort name. “Squaw” is a derogatory term for Native American women.)

In December, Superior Court Justice William Stokes ordered Confalone to repair and restore the ski mountain, ski lifts and other resort property to the condition they were in when he bought it 25 years ago. Confalone has instead agreed to sell the property to the developers, according to information presented to the county commissioners Tuesday. The closing on the property could happen this spring.

Since 2013, a nonprofit group has leased the lower ski lift, trails and lodge and offered skiing there, but the ski lift serving the mountain’s upper trails hasn’t run since 2004, when it failed and injured four people.

The new development group’s plan calls for a four-season resort that would include new chairlifts, a new base lodge and brew pub, a 60-room hotel, expanded and improved trails, snowmaking equipment, an outdoor skating rink and a 150-200-slip marina on Moosehead Lake. In addition, the resort would include 108 condominiums, 315 townhouses and 60 single-family homes.

The ski area could be ready to open in winter 2022 with the hotel, lodge, brew pub and other amenities opening the following year. The developers estimate that 100 of the new jobs would be full-time. About 120 people would be hired during the construction phase, they said Tuesday.

The ski resort’s redevelopment has long been seen as key to the Moosehead Lake area’s economic revitalization.

“There are a lot of employment opportunities for Piscataquis County residents,” Commissioner Wayne Erkkinen of Hartford’s Point Township said. “It will be good for the county. We wish them well.”

“We don’t see any downside to this project,” said Commissioner Andrew Torbett of Atkinson.

Commissioner James White of Guilford did not immediately respond to a request for comment on the project Tuesday.

“It’s certainly an economic game changer for the county,” he said. “It’s a challenge to find economic opportunities for the region, but we see the resurgence and the redevelopment of the mountain as a key opportunity to stabilize the economy of the area.”

Provident Resources Group has helped fund projects in 21 states, but this is the first it will help finance in Maine, according to Steve Hicks, president and chief executive officer. Founded in 2000, Provident works with towns, cities, counties and states to provide resources for economic development projects that benefit those entities without further burdening taxpayers.

The group has never financed a ski resort before but is supporting the development of large water park recreation projects in a mid-Atlantic state and Minnesota, Hicks said.

“We will be the entity incurring the debt,” he said. “The county will have no financial responsibility for the project.”