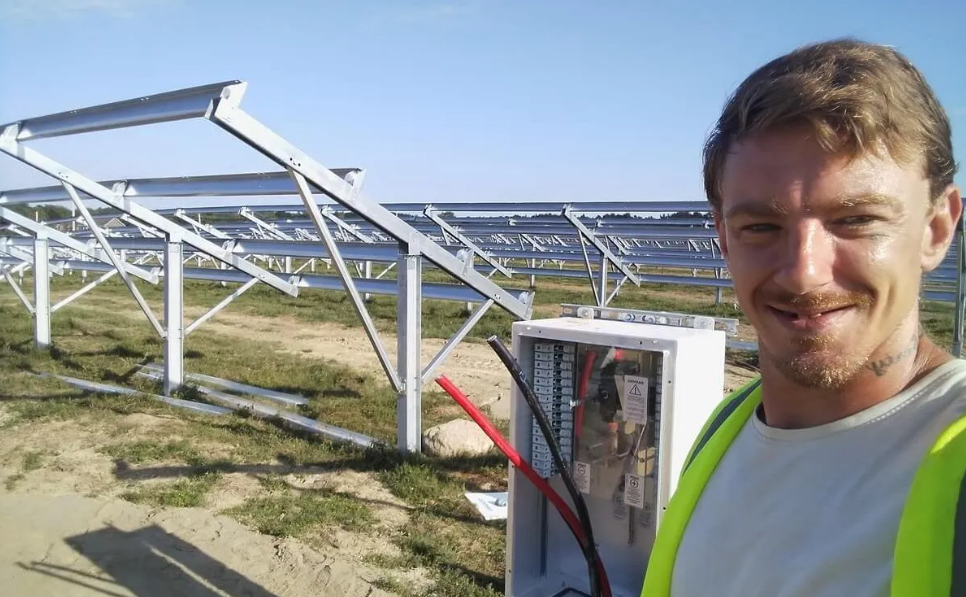 Stephen Buckley, who installs solar panels for Synergy Solar, is the type of unconventional worker the state of Maine is targeting to fill its workforce gap.

The 32-year-old moved to Maine five years ago from California, where he was involved with gangs starting at age 13. His drug addiction, including to heroin, and related violence landed him in and out of prison for more than half of his life.

“I thought prison was my retirement plan,” he said. “Now I have a sense of purpose, getting up every day and having a routine.”

Buckley received counseling at Eastern Maine Development Corp., a Bangor nonprofit that works with the state to help people develop job skills. He embodies a state strategy of targeting formerly incarcerated people, those recovering from substance use disorders, veterans, people with disabilities, retirees and others to help plug a workforce gap of two jobs open for every one job seeker.

The workforce shortage is a national struggle, but it has been exacerbated by Maine’s aging population, which is why workforce development experts are focused on attracting those outside the usual labor pool.

Fortman countered some beliefs that a lot of people are sitting at home and using pandemic and other benefits to prolong staying out of work.

The major issue for Maine, which has the highest median age in the nation, is that only 20 percent of people over 65 are still working. Many baby boomers have retired in the past few years in a trend that worries about the COVID-19 pandemic seemed to accelerate.

Maine’s July unemployment rate dropped to a 28-month low of 2.8 percent in July, according to the Maine Department of Labor. Initial state jobless claims also continued their decline for the week ending Sept. 3, down 24 percent over the week before and down 51 percent over a year ago. That’s down precipitously from when jobless claims saw a COVID-19 pandemic peak of 30,889 for the week that ended on April 4, 2020.

Fortman said her staff is getting out to places where people may need help. Some people may have not had formal job interviews in a while. Others may struggle with how to answer questions about incarceration, she said.

Eastern Maine Development Corp. is one place that helps train and place workers, including recently incarcerated people like Buckley. It has 500 people enrolled in its programs across the state.

“Recently incarcerated people are a new area of potential workers, as are people in recovery and New Mainers,” Lee Umphrey, CEO of Eastern Maine Development, said. “All three come with a lot of barriers that we try to erase.”

The nonprofit spends a lot of time helping businesses gain a comfort level with people they normally do not interview. Once businesses see that candidates — whatever hardship they have faced — are hard workers and a part of the community — they often come around to the idea of hiring them, Umphrey said.

A collaboration of one of the state’s 12 CareerCenters and the Kennebec County Correctional Facility also aims to ease the introductions. During a recent program, eight incarcerated people met with three prospective employers in mock interviews. The meeting was a success, said Susan LeClair, a CareerCenter manager for the area covering Augusta, Rockland and northern Kennebec Valley.

“There were tentative job offers from one of the employers, which told people to please apply upon their release,” she said, adding that job seekers got constructive feedback during mock interviews.

That type of interaction is important for recently incarcerated people, some of whom have been out of the workforce for years. They often need to build a resume and references from scratch, said Brian Landry, who finished his 42-month sentence in April and now is employed.

“Some people have never had a job, bank account or credit,” said Landry, 39, who had a substance use disorder for half of his life. “They have never functioned like normal adults.”

Landry, who grew up in Medway, got a job after his release with help from Eastern Maine Development, which paid the minimum wage salary for his 12-week contract at Pir2Peer, a recovery center in Millinocket.

While there, he was able to help others suffering from substance use disorder as a recovery coach and to pass his certified alcohol and drug counselor exam. He is now a counselor at Milestone Recovery in Portland and wants to see incarcerated people get more opportunities to hone their job skills in preparation for their release.

“I’ve overcome the person I used to be,” he said. “I’m proud of the person I turned out to be and that I’m helping people.”