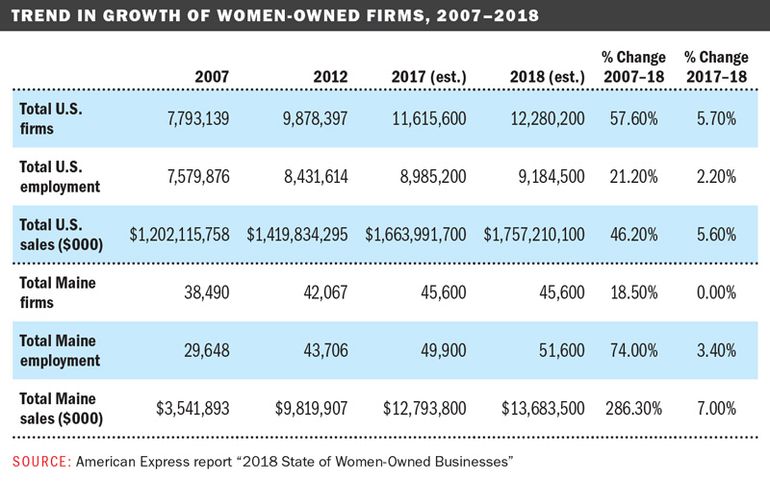 The eighth annual “State of Women-Owned Businesses” report commissioned by American Express is based on data from the United States Census Bureau Survey of Business Owners, which is conducted every five years in years ending in “2” and “7.” The report annually measures changes in women-owned businesses in terms of the number of firms, employment and revenues in all 50 states, including the District of Columbia.

Maine is tied with North Dakota as the No. 2 state showing the “highest employment vitality,” a measure of employment growth rate from 2007 to 2018 at women-owned firms and their average number of employees. Minnesota led in this category. Rounding out the top 5 are: Iowa (4), Delaware and Virginia (tied at 5).