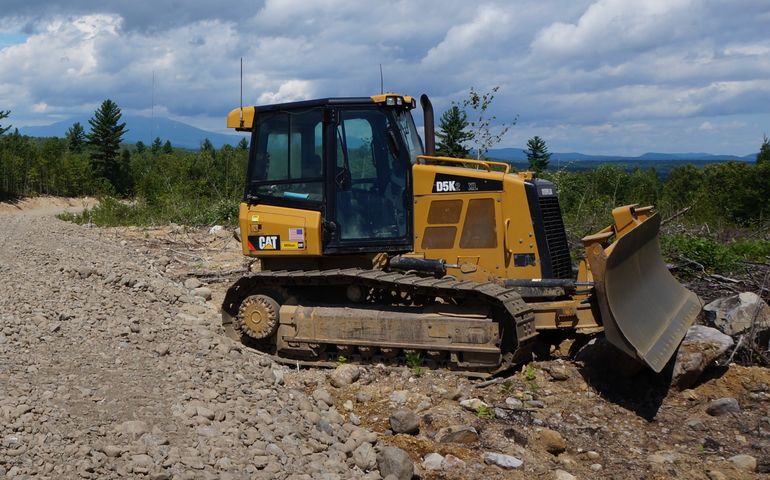 The hard-won resolution of a $1.5 million tax lien on the former Great Northern Paper mill site in Millinocket now opens the door to development of the site and leverages a $5.3 million grant that was on hold.

Our Katahdin, owners of the 1,400-acre site in downtown Millinocket, has reached a $450,000 settlement with the Internal Revenue Service that allows for full discharge of the federal lien, the nonprofit group announced last week. The group, which bought the site for $1 in January 2018, inherited the lien from New Hampshire-based Cate Street Capital.

The lien was “the primary impediment to developing the mill site,” Sean DeWitt, president of Our Katahdin, said in a news release.

“This settlement allows the redevelopment phase to begin,” DeWitt said. “We will no longer have to focus on cleaning up the past, we can now refocus on building for the future. And every dollar that we don’t have to spend cleaning up the past is a dollar we can invest to grow jobs and opportunity in the Katahdin region.”

Nearly $9 million in grants and other capital is stacked up and ready to build an infrastructure and make other improvements to the mostly vacant site, including the Economic Development Administration grant, which was awarded last August but contingent on the lien being cleared.

The grant was “the biggest thing” unjammed by the agreement with the IRS, said Steve Sanders, Our Katahdin director of mill site development, on Monday morning.

He said the group will this week issue requests for proposals for engineering design on the new infrastructure for the site, which will be paid for with the grant.

“We can get [engineers] on the ground to do the preliminary work before the snow flies,” Sanders said. “It looks like we can get that done.” He said that more delays would have meant losing the five or six months of next winter.

Infrastructure work will include the installation of roads, power, water, sewer and fiber optic cable, as well as expanding to the 1,000 acres of undeveloped “greenfields” on the land. 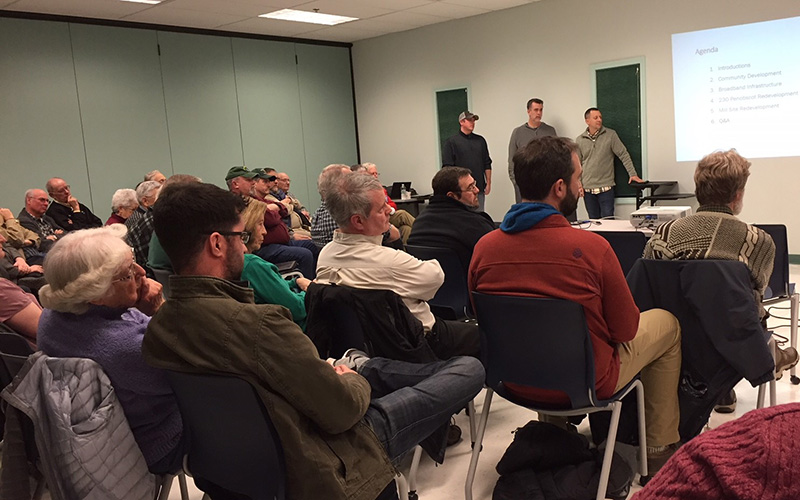 18-month effort
Most of the mill was torn down in 2014 after it closed in 2008. Cate Street Capital bought the mill site in 2011 and the lien is in the name of GNP West, the holding company formed by Cate Street.

Our Katahdin officials said at a meeting in December that it was appealing the IRS rejection of the argument that the lien was not Our Katahdin’s liability, that the group doesn’t have the means to pay it and proof that if businesses could locate at the site, the lien could be paid.

The group got assessments not only of the mill site but also property at 230 Penobscot Ave., the former Miller’s department store, which Our Katahdin is renovating. The IRS initially determined that site an asset worth $110,000, which is the amount it took the group to replace the building’s four roofs.

Sanders said that when the group bought the mill, they “had no idea” lien resolution would take as long as it did.

He said Gov. Janet Mills’ office was “very helpful,” in bringing around the resolution.

Our Katahdin intends to develop the site into a multi-tenant industrial park hosting traditional and innovative forest products businesses that can use Maine’s rich wood fiber resources. The site has also been of interest to potential tenants in the aquaculture, food production and data center industries.

One blow brought by the lien was withdrawal of Ligna Terra, a cross-laminated timber company, which announced in February 2018 it would locate on the site, bringing a potential 100 jobs. But the company withdrew late last year as the lien issue dragged on.

Sanders said there are no tenants immediately ready to begin work to locate on the site, but that many have expressed interest and were waiting for the lien to be resolved.

DeWitt said in December that while some tenants interested in locating at the site said the lien doesn’t bother them, they couldn’t get financing while it’s in place because banks won’t guarantee a loan for development on property that may be seized by the IRS.

“It’s been an idle period,” Sanders said Monday. “This opens the doors.”