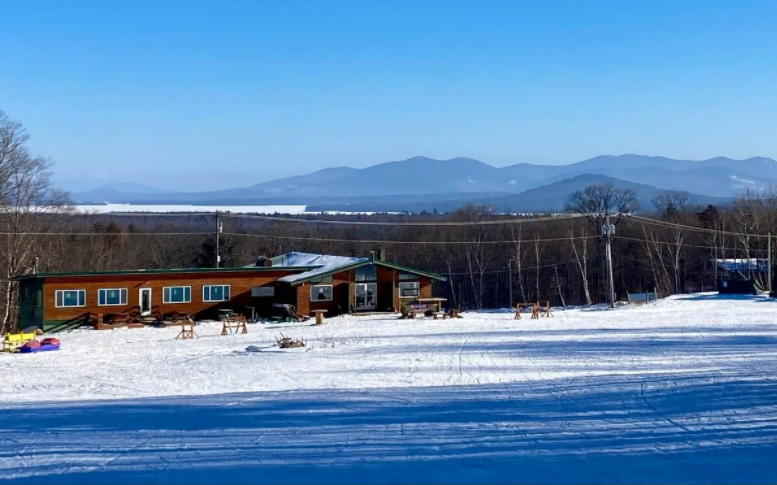 The developer and partners involved with a proposed year-round ski resort on Big Moose Mountain in Piscataquis County have asked the state not to hold a public hearing on the project.

The Maine Land Use Planning Commission will vote at a virtual meeting Wednesday whether to hold a public hearing to air concerns brought up by the residents group Moosehead Region Futures Committee and a Greenville area resident about resort-related financing, sewage disposal and some of the features to be built.

The letter is less about asking the state not to hold a public hearing and more about keeping the project on track, said Lee Umphrey, Eastern Maine Development Corp. president and CEO. https://embed.documentcloud.org/documents/21199133-big-moose-hearing-request-response-to-lupc-attachments/?embed=1&responsive=1&title=1

“The developers have met with county commissioners and others in the community and have been pretty open about their plans,” he said. “They don’t want to lose momentum. It’s not only the development. There have been snags with supplies and costs going up. We want to keep investors engaged and interested.”

The application for phase one of the proposed ski resort redevelopment, originally submitted in March 2021, is under review by the planning commission. This phase calls for an upgraded ski lift, base ski lodge and 60-room hotel. Three new features include a zipline, brew pub and maintenance building.

The second phase would include a 150-200 slip marina and nearly 500 residential units, though the developer has not yet filed an application with the Department of Environmental Protection.

The existing facilities do not meet modern standards set by the planning commission, DEP, the Department of Health and Human Services and Piscataquis County for setbacks, preservation of buffers, wellhead protection and roadway safety, said the letter, signed by Matt Dieterich, executive vice president of James W. Sewall Co.

“Although the locations could be used under current law, it was determined by the Big Lake Development LLC that an updated plan that meets all current standards, regulations and guidelines would be a preferable option,” Dieterich said in the letter.

The commission’s own guidelines for a public hearing require an adequate degree of public interest, conflicting technical information or if written comments would not be appropriate, he said.

Those involved with the project understand the planning commission needs to respond to requests promptly, but the hearing is optional, Dieterich said.

Although the developer, Perry Williams of Big Lake Development LLC, and Dieterich have been reluctant to share many details about the projects in phase two, the letter said they’re working on plans for the residential units.

“We fully understand that this development will have very different impact and implications to the region and should undergo a rigorous review process that includes public input and hearings,” he said.

Big Lake Development LLC’s intent is not to circumvent the process, and the company welcomes input, according to the letter.

“It is unfortunate that the two very distinct phases of the potential project have been so intentionally linked in the requests,” Dieterich said, referring to public hearing requests that call for the phases to be considered as one project because of their financial link.

The Moosehead Region Futures Committee asserted that without the construction of the nearly 500 proposed residential units in phase two, there will be no property tax revenues to pay the debt service on the bonds that are supposed to finance phase one.

Phase one and two are independent, and the plans included in the permit application for phase one are driven and supported by commercial activities, Dieterich said.

He included letters of support from agencies across the Moosehead region and state, including the Moosehead Lake Region Economic Development Corp., the Forest Society of Maine, U.S. Sens. Angus King and Susan Collins, Greenville Town Manager Michael Roy and others. The letters date back to October-February 2020.

The planning commission’s approval of the permit application is crucial for the sale of the property to be finalized, Dieterich said. Williams has a purchase and sales agreement with James Confalone of Florida, the current owner.

“We respect the position and judgment of the Commission and trust that its action will result in a process that will serve the best interest of the area and the long-term success of the project,” Dieterich said.

Chris King, secretary of the Moosehead Region Futures Committee, declined to comment Monday because he had not seen Dieterich’s letter.

The project would still allow for community feedback without a public hearing, Umphrey said.

A group has been created to include local input in a project that has attracted national attention, he said. Members include himself; Steve Levesque, Moosehead Lake Region Economic Development Corp. president; Wayne Erkkinen, a Piscataquis County commissioner; and others.