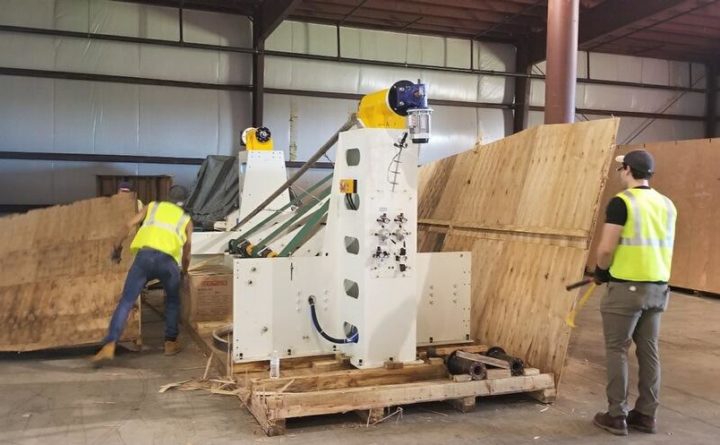 The Bangor City Council has agreed to provide $250,000 in loans to Soft Touch Tissue & Paper, a new manufacturing business that’s opening on outer Hammond Street with the goal of producing toilet paper, tissues and other finished paper products.

The city is awarding the loans from a set of grant funds that it receives every year through a federal program that’s meant to drive housing rehabilitation, job creation and other investments in community development.

Under federal guidelines, the city can forgive some or all of the loan to Soft Touch Tissue & Paper if the business shows that it has created 25 new full-time jobs over the next three years, with at least 13 positions filled by people from low- or moderate-income backgrounds.

The owner of Soft Touch Tissue & Paper, Marc Cooper, has said that the new business will initially employ between four and eight workers but eventually create 40 jobs in Bangor over the next 18 months. He plans to buy tissue paper manufactured in Maine and convert it to toilet paper and other finished products.

Although the paper industry has struggled in recent years, with several mills closing or shrinking in Maine, Cooper said last week that those goods make up “a very isolated segment of the industry that is actually thriving.”

The City Council approved the loans to the new business during its regular meeting Monday night after Cooper spoke with city staff and demonstrated that he had a gap in his funding plans, according to Tyler Collins, a community and economic development officer for Bangor.

The city now receives about $800,000 annually from the federal Community Development Block Grant program. It spends a large amount of that money on housing rehabilitation, commercial facade improvements and loans to eligible residents who have emergencies such as broken furnaces in winter, Collins said.

But it also loans a limited amount of money to businesses that aim to create jobs for people from low- or moderate-income backgrounds and that have been “rigorously” vetted by the city, according to Collins.

To qualify, businesses must demonstrate that they have a viable plan and have secured other sources of funding but still need more to reach their goals.

“The key piece is that gap in funding,” Collins said. “If they show they’re short, that’s what this program is good for.”

The City Council also supported making the loan to Soft Touch Tissue & Paper because it will redevelop an industrial building at 1491 Hammond St. and support Maine’s forest products industry by sourcing tissue paper from other factories around the state, according to the agenda of its meeting this week.

Other recipients of funding through the business development loan program have included C&L Aviation, a Bangor-based maker of aircraft parts, and Playland Adventures, a business on Odlin Road that has inflatable attractions and other entertainment, Collins said.