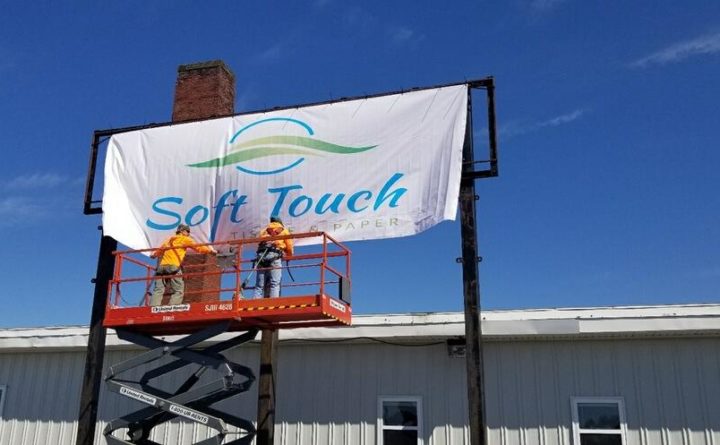 A new manufacturing business will soon open in Bangor with the goal of producing tissues, napkins and other paper products.

The startup business, Soft Touch Tissue & Paper, will initially employ between four and eight people as it ramps up production, according to Marc Cooper, the company’s founder. But as many as 40 people could work there once the facility is fully running in the next 18 months, Cooper said

“The plan is to start installing machines next week, and over the next four to six months, we’ll be adding different product lines and different machines,” Cooper said.

He said he will be looking to hire people to do everything from performing administrative roles to running the machines and warehouse.

Cooper, who is from Massachusetts, has worked in various parts of the paper industry for about 30 years, he said. He has been the president of the Fiber Resources Group, a company that maintains warehouses around the country and brokers the sale of paper products from the U.S to other markets.

But he has not previously run any operations like the one at 1491 Hammond St., near the Hermon town line. The property includes an industrial building with ceilings high enough to accommodate the manufacturing equipment.

While the paper industry has generally been declining and multiple paper mills have closed or shrunken in Maine in the past decade, Cooper said that he understands the market and thinks that there is still demand for tissues and napkins.

“This is is a very isolated segment of the industry that is actually thriving,” he said. “If you think about it, how many people have to eat? How many people are traveling? People with more disposable income are buying more consumer products.”

Cooper now lives in Bangor part-time. He has been renting the manufacturing facility on Hammond Street for the past month but hopes to close on the purchase of it next week. It used to serve as a storage facility for Old Town Canoe, he said.

Rather than taking in timber and converting it to paper products, Cooper said the operation will buy paper that Maine paper mills have already produced and convert it to finished end products that can then be marketed and distributed to businesses, restaurants, schools and other potential customers.

“I saw an opportunity to convert paper being shipped outside Maine specifically, but also in New England, to places much further away to be converted to finished products,” he said. “It made sense to set up operations close to where the product is generated to save on shipping.”