Old Moosehead Mountain ski lodge to get a makeover 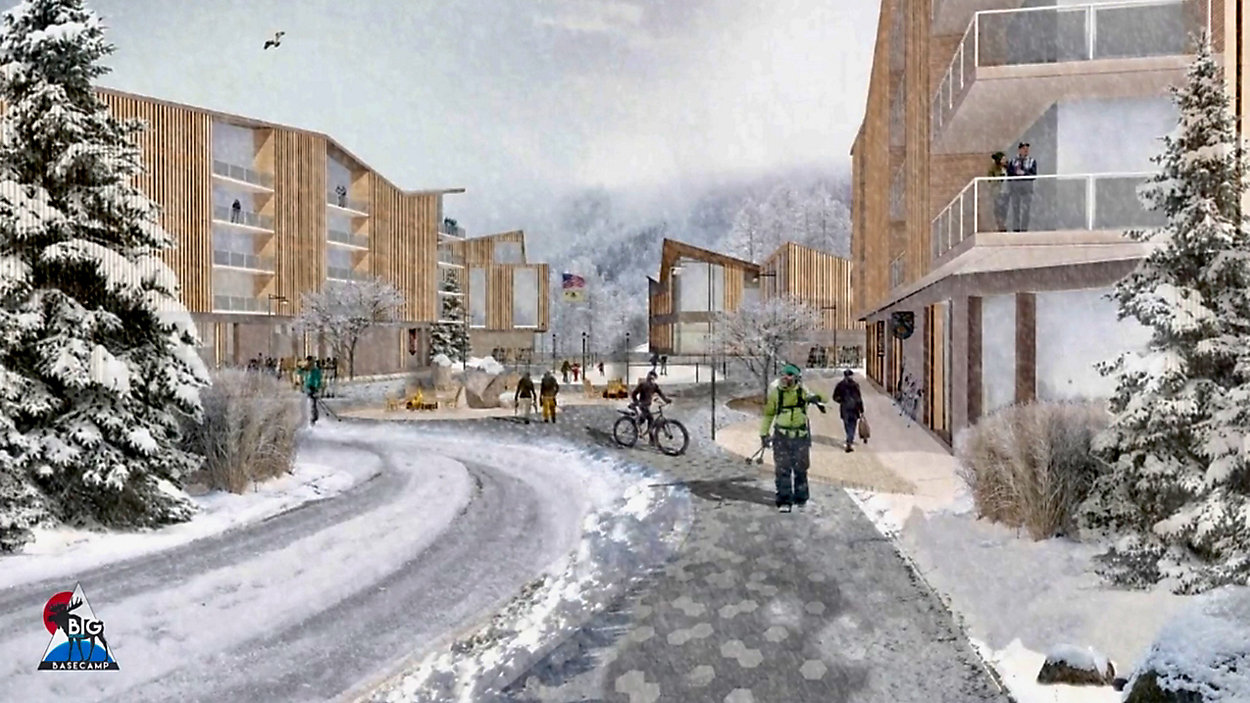 An old, abandoned ski lodge in Greenville is about to get new life through a reinvestment and public redevelopment initiative valued at more than $130 million. Supporters say the project will provide a welcome boost to the local economy.

“The state looks at this as a real opportunity to create jobs and opportunities in an area that needs it,” said Lee Umphrey, president and CEO of the Eastern Maine Development Corporation (EMDC), a supporter of the new project.

The property, known and remembered by locals as Big Squaw Mountain Ski Area, sits at the base of Big Moose Mountain in Greenville, near the southwest shores of Moosehead Lake. The ultimate goal, according to Umphrey, is to replace the existing property and buildings with a new 64-room hotel and conference center, rebuild and reopen the ski lodge and lift chairs, and include a 200-slip marina on neighboring Moosehead Lake.

Provident Resources Group, a nonprofit based in Baton Rouge, Louisiana, is in the process of buying the property for an undisclosed amount of money, and hopes to close on the sale this fall. Yarmouth-based Treadwell Franklin Infrastructure Capital and Big Lake Development Co., based in Rangely, will do the actual redevelopment work, according to George Campbell, Treadwell’s chairman. Campbell said many details of the project are still in early stages, but he estimates it will take a little over $120 million to complete the work.

The state opened the ski area in the 1970s and ran it until 1986 as a mechanism to drive local economic growth. From there, the property’s history took a dark turn.

Ownership of the property has changed hands twice, both times with the expectation that the private owners would run it as a resort that would lead to further economic development in the area. A lawsuit dating back to 2016 by the attorney general’s office against the property’s most recent owner, however, alleges that the owners have not only shut down the resort and let it decay, but that they used the property as collateral to back millions of dollars in personal loans.

Project supporters say the property’s new owners are engaging in a public-private partnership that will ensure the area is finally developed and run as it was originally intended. Umphrey said while Provident will own the property, management of the resort will fall to a nonprofit board that includes a Piscataquis County commissioner and a member of the Moosehead Region Economic Development Corp.

Karen Tilberg, President and CEO of the Forest Society of Maine, used to live in Greenville. She can remember the resort’s glory days, and said she and other local residents hated to watch it slowly fall apart.

“This really hit the town hard,” she said. “It was grim.”

While Provident doesn’t officially own the property yet, a lot of money related to the project has already changed hands. EMDC kicked off the new effort in December 2020 with a $385,000 loan. Since then, the Finance Authority of Maine has approved $135 million in bond financing for the entire project, and Campbell said the developers have already spent $2 million.

“We’re committed to bringing this project forward, one way or the other,” he said.

Tilberg said local groups have been interested in seeing the resort reopened for years because they know the project will mean jobs — along with an increase in tourism and business in the area.

“There’s been a lot of effort to have this ski resort be a flourishing force in the region,” she said.

Umphrey said he envisions a resort that will one day be mentioned in the same breath as those on Sugarloaf and Saddleback mountains.

“It’s a game-changer for Piscataquis,” he said.