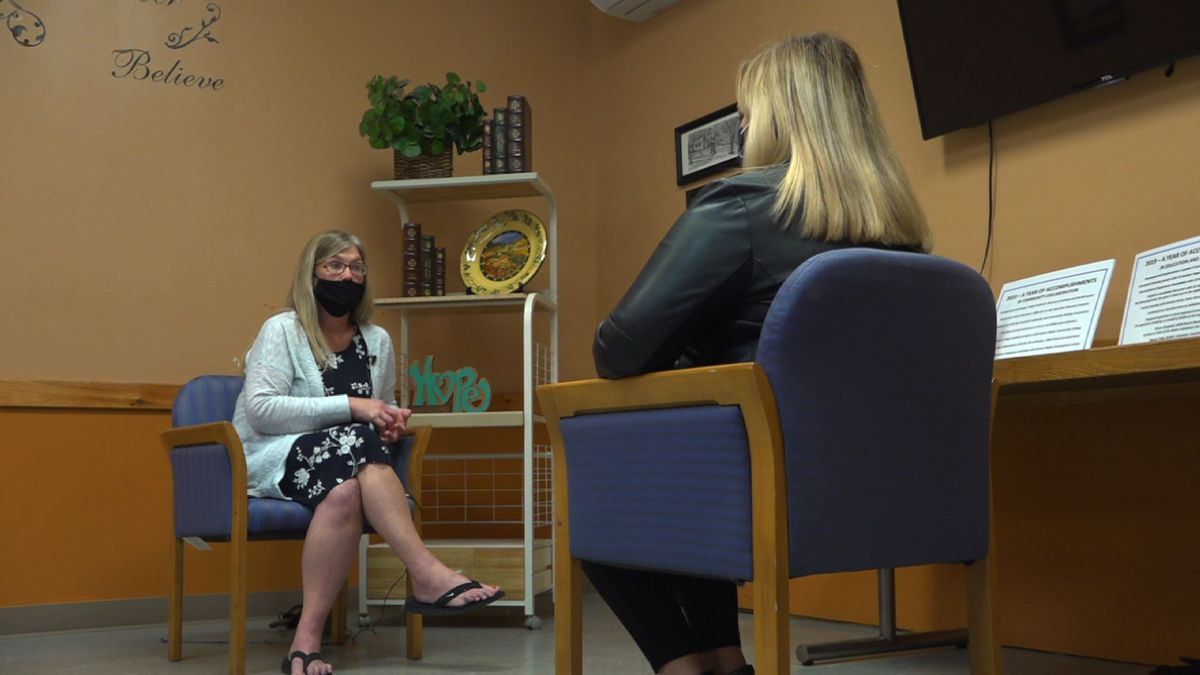 BREWER, Maine (WABI) – Members of our community in recovery are working hard every single day to prove themselves in the wake of their past.

“The first six months of my recovery I didn’t work and then I got a job and I was so excited every single day to get up and go to work. So excited,” Katie McKay, Eastern Workforce Development Center Peer Connector, said.

She helps others in recovery connected with work and education opportunities thanks to a new six-million-dollar federal grant.

“This is going to do amazing things for our community. We’re really going to be able to help so many people,” McKay said.

Joanna Russell is the Executive Director of the Northern Workforce Development Board. She oversees different outlets, helping others find their path to a sustainable livelihood including those in recovery.

“Too often times employers, because it’s been their policy, understandably to look at gaps in the resume, they automatically go in the discard pile,” Russell explained.

“It’s hard to put into words the fulfillment that I receive as an individual when I see mothers and fathers getting back on track being reunited with their kids becoming self-supporting through their own wages through work and becoming autonomous again. We see in our system here hundreds of people a year get off of that type of dependency and go to work. It’s beyond words, truly.”

Alan Hewey and his wife own the vacationland inn on Wilson Street in Brewer. They make a point of hiring those in recovery.

“Probably over a hundred over the years. What we found is, and I don’t mean anything bad by this but they’re sort of unhirable to a lot of businesses. If they’ve taken the time to go through rehab and work and try to better themselves, when they come out, my wife and I feel they deserve a chance.”

Like the chance they gave Ashley Hartley – she started as a housekeeper here seven years ago not long after she began recovery.

“All of a sudden you get your life back and it’s hard. It’s hard to find opportunities where you can rise up. It’s hard to get anybody to trust you again.”

She was so grateful for the opportunity – she was willing to take on any project they had for her.

“There are a wall and walkway and it was all this natural brick and they wanted me to paint it tan. So my first month here I painted a wall tan. And they still oke with me about it because it’s still tan. At the time it was like I will do whatever you want me to do just give me a chance.”

Since then her hard work has paid off – big time. She’s now the boss.

“Seven plus years later here I am their general manager. Without them, I don’t know where I would be at this point. People that are working on their recovery, they really want it and they really want a better life.”

That’s something Derek Smith believes in when it comes to hiring employees at his Brewer business, All In Taxi.

Derek Smith, the owner, said, “I believe everybody deserves an opportunity…There are some of the best and hardest workers out there that are in recovery and they’re just so humbled and thankful to get the opportunity that they’re going to go to bat for you to the end of the world.”

Kimberley Moody with Athena Health, said, “I swam through a sea of rejections.”

Kimberley Moody says the fact she graduated with a 4.0 didn’t matter to employers as much as her being in recovery did. Until she found Athena Health.

“I went to Athena Health and they allowed that space for me to have that discussion with them. Yes. This my background. I own that story. And that’s very courageous and powerful to own that story,” Moody explained.

She’s been in recovery for seven years and has been working in her current position for more than a year. Her boss tells us hiring her was a no-brainer.

Athena Health Manager, Robyn Thibodeau, said, “We had a unanimous vote that we all thought Kim would be a great candidate and for our team. It worked out really well. She’s done a fantastic job…Experiences in your life are just a snapshot in time. People learn from what they’ve been through. Look at a person’s willingness to change their drive their ambition.”

It’s that ambition Russell says our workforce needs right now and her teams are ready to connect employers and those in recovery looking for an opportunity.

“Across the state of Maine, we have amazing people standing ready to help people, so if you are somebody who is struggling with substance abuse, start with recovery, and the workforce is right there at the recovery centers,” Russell said.

And if the success stories around her aren’t enough –

“I’m celebrating 31 years being clean and sober. When I was two years sober, I got into the same workforce system that I am now administering contracts for. That is where I started in recovery and all along the way I have had people who have mentored me, who have taken a risk on me, and my heart grows every year in the job. It’s exactly what I want to do and when I see other people doing the same thing, it just really wants to make me cry. It’s amazing. Amazing,” Russell said.