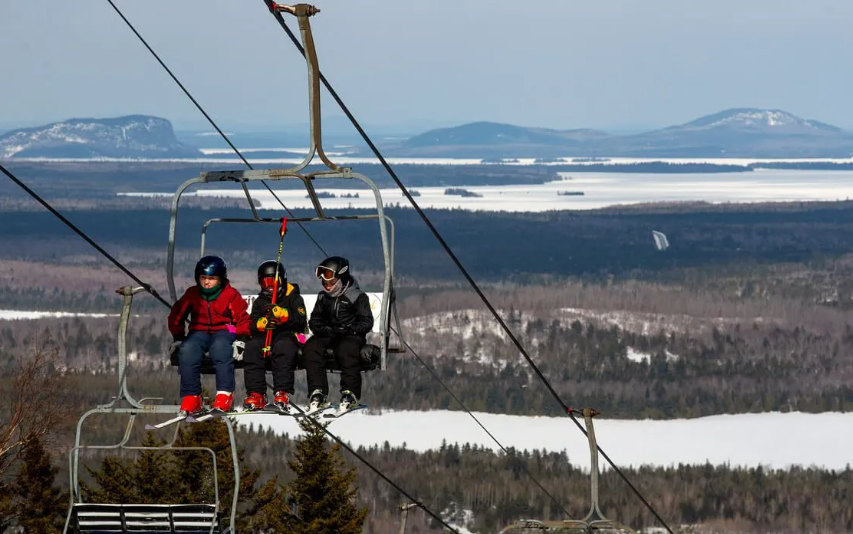 The public will have a chance to weigh in on the proposed year-round ski resort in Piscataquis County — potentially influencing the next steps of the project — during a hearing on June 7.

The proposed $113.5 million redevelopment project on Big Moose Mountain has been a long time coming for the developer, Perry Williams of Big Lake Development LLC, and has captured the attention of Piscataquis residents and Mainers across the state. In early March, Williams said fluctuating material costs and shortages, a modified financial structure and the upcoming hearing had delayed the project significantly.

A public notice with details about the hearing will be released soon, Stacie Beyer, the planning commission’s acting executive director, said Wednesday. The hearing will likely take place in a hybrid format with an in-person session at the Greenville Consolidated School auditorium and remote access via Microsoft Teams, she said.

After land use planning commissioners decided to hold a hearing, it went unscheduled for months while staff waited for additional information from Williams and others involved with the proposed redevelopment.

This led to major project delays because the planning commission cannot issue a decision on Williams’ application for a development permit until the hearing takes place. The application was filed in March 2021.

Williams has said he needs the application approved before he can purchase the ski resort property, owned by James Confalone of Florida, because permitting affects the value of the property.

The sale has not gone through yet, Lee Umphrey, Eastern Maine Development Corp.’s president and CEO, said Wednesday. The nonprofit, which has supported the project, gave developers a $385,000 loan in December 2020.

Plans for the first phase of the project — including a new chairlift, zipline, base ski lodge, 60-room hotel, brew house and other features — have remained the same, Williams said in March.

“The [planning] commission generally has 60 days following the close of a hearing to issue a decision,” Beyer said. “However, the commission also has the right to reopen the hearing record, if needed, to allow for the submission of additional information and a subsequent comment period.”