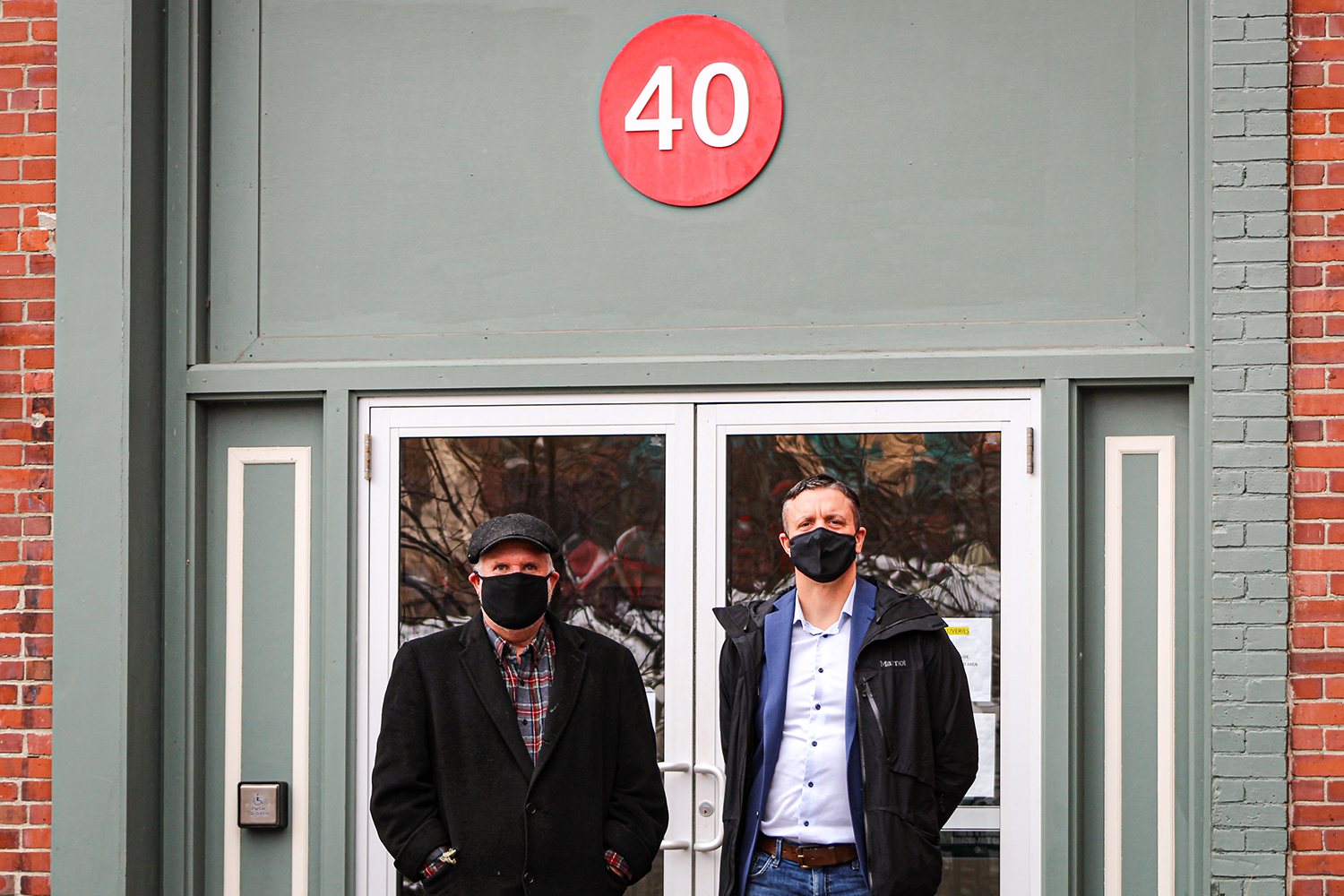 According to EMDC board chair Bill Shorey, the sale of the building had been the organization’s top priority since both he and EMDC president and CEO Lee Umphrey joined the organization several years ago. Umphrey said the sale of the building will help to shore up EMDC’s day-to-day finances and yearly budget, now that the burden of high mortgage and maintenance costs have been removed.

“It was never a good idea for us to become landlords,” Shorey said. “We should be helping the economic development of the region and its workforce. That’s what we do. Keeping up with the mortgage has been a struggle for us for years now.”

EMDC has courted a number of potential buyers for the building over the past two years, though all of those deals fell through until Canuck Investments stepped up to the plate. Philip Henry, a New Brunswick native who has lived in Bangor since 2006, had long wanted to buy one of downtown Bangor’s beautiful old buildings, but the right fit hadn’t come along until 40 Harlow St. became a possibility.

“When I go into that third floor ballroom area, I’ve honestly been looking around in amazement, that we are now responsible for this masterpiece of a building,” Henry said. “The level of intricacy in the woodwork and all the little details are truly incredible. I’m pretty excited to get going on this project.”

Norumbega Hall has a storied history in Bangor. The original building was built in 1855, and housed a large market and meeting hall that stretched onto the present site of Hannibal Hamlin Park. That original building burned in the Great Bangor Fire of 1911, and was replaced with the smaller present building, then called the Morse building.

For many decades throughout the 20th century, 40 Harlow housed the Chateau Ballroom, a popular downtown events venue, and a Sears-Roebuck department store, which was located in a now-demolished part of the building where the parking lot is now. In the 1990s, during a failed revitalization effort, it was re-named Norumbega Hall, in a nod to its history.

Henry intends to partner with Efficiency Maine and with Mark Ogden, owner of 40 Harlow tenant Ogden Mechanical, to modernize the building’s heating and cooling systems and electrical system, one of the significant costs in maintaining the 14,734 square foot building.

“My goal is to bring the building to a best in class energy efficiency level,” said Henry, who via Canuck Investments, also owns 92 Oak Street Apartments (formerly Maliseet Gardens), and office buildings 157 Park St. and 263 State St. “There are a lot of avenues to reduce the overall energy usage, and I think this is a really good opportunity to show what can be done with a little bit of effort into making an old building efficient.”

The building will also undergo significant renovations beginning in February 2021, when construction will begin on a planned expansion of the Zillman Art Museum. A $1.3 million dollar gift from longtime Maine arts patrons Donald and Linda Zillman will allow the museum to nearly double in size and add five new galleries. The museum presently has a 21-year lease on its space in the building.

According to board chair Shorey, EMDC intends to remain in its offices for the foreseeable future.

“This has been our home for a long time now, so we’ll be here for quite a while longer, I think,” Shorey said.