The pandemic has already fueled growth in Greenville. Some are hoping for more 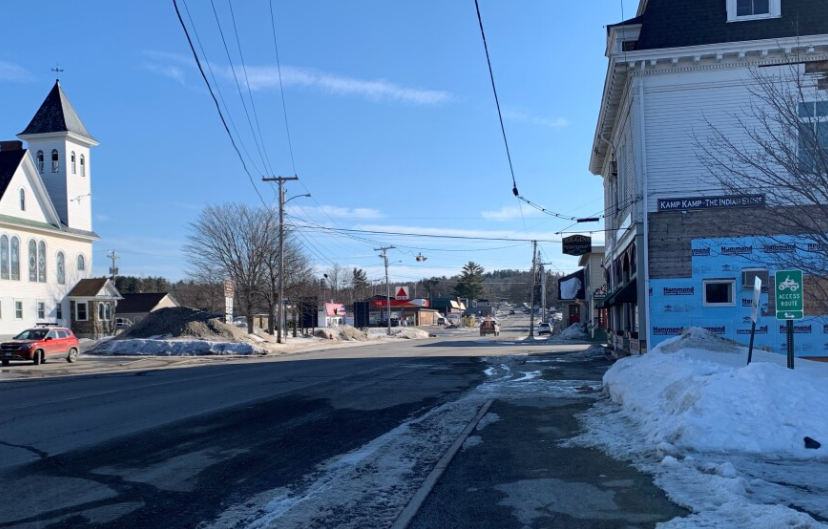 Below is a transcription of an audio release. To hear the recording, visit Maine Public.

Like so many parts of Maine, Greenville has experienced an inward migration during the pandemic.

The influx started in April 2020, when seasonal residents started returning to their homes in Greenville earlier than usual.

Greenville town manager Michael Roy said they called his office, looking for someone who could plow the snow that had built up in their driveways over the winter.

“Then we started seeing more unfamiliar faces,” he said. “One of the clerks I have has been here for over 40 years, and she says, ‘I don’t recognize these people. Where are they coming from?'”

In some ways, it’s a familiar story for communities across Maine, where state park visitation and tourism smashed records last year.

But for Greenville, the influx is a big change. The nearby ski area once helped fuel the local economy, and the mountain hosted conferences and other events during the off seasons. But as the ski area fell into disrepair over time, things began to change.

Roxanne Lizotte witnessed it herself, first as an employee of the mountain for 10 years, and now as Greenville’s town clerk, where she’s been for the last four decades.

“A lot of the young folk had no place to go, so they ventured to other ski areas to work at other ski areas,” she said. “It was sad. The restaurants weren’t as busy, that type of thing. No families here. You saw the town kind of dwindle. The young folk didn’t stay; they moved on.”

Greenville has lost almost a quarter of its population since the 1980s and 1990s, said Margarita Contreni, president of the Moosehead Lake Region Economic Development Corporation.

Enrollment at the town’s K-12 school plummeted from more than 450 students then to just less than 200 today. But there are some signs the school population is beginning to grow slightly as more people have come to Greenville.

Town officials say the school has added 22 students since the start of the pandemic, and there are other signs the town is changing.

“Greenville has been rediscovered,” Roy said. “Well, we always have been. But it seems like now it’s even more of a destination.”

The influx of people has strained the town’s transfer station,” he said. The number of calls to the fire and police departments has almost doubled since the pandemic began. Building permits for homes, garages and decks in Greenville have almost tripled over the last four years, Roy added.

As town clerk, Lizotte said she now processes anywhere from 50-to-70 real estate transfers a month, compared to just 10 or 20 before the pandemic. But it isn’t families who are buying these homes. They’re priced out of the market, she said.

Instead, the focus is on vacation rentals.

“They’re buying them, fixing them up and renting them out,” Lizotte said. “Because they hear what maybe is going to happen in the future, and that’s what they want to get into. It’s been a rate race with real estate.”

The red hot real estate market has made it difficult for local businesses in search of seasonal workers, Contreni said.

She’s heard from the lodging establishments in the region who hire seasonal workers about how it difficult it was to find housing for them.

But Contreni is hopeful that a new project involving the Moosehead Lake Region Economic Development Corporation and the local hospital could make a difference. They’ve signed an agreement to develop land near the hospital for workforce housing.

It could be a model for future projects, like the one developers envision for the ski area outside Greenville. Both advocates and skeptics of the ski resort proposal wonder where future employees might live, since there’s little to rent or buy.

Craig Watt is the owner of the Indian Hill Trading Post and Shop-n-Save, which has been in his family for more than 40 years. He said he’s concerned about housing like everyone else but worries most about keeping the Greenville school open. Revitalizing the ski business, he said, should bring more families to the area.

Greenville is positioning itself to become a larger service center for more people who might soon come to the region, Watt added.

“We already are a service center for all the outlying communities, small towns and unorganized towns that are near us,” he said. “It’ll just be a little more of that. Yes, we’ll have to adjust and grow and do things, but it doesn’t mean we’re going to lose what makes us special, either.”

To keep up with demand for town services, Greenville recently hired its first-ever full-time fire chief and added another police cruiser. Roy said the town is already talking to Piscataquis County about how it can add more resources to prepare for the arrival of more people in the future — if and when new development begins.