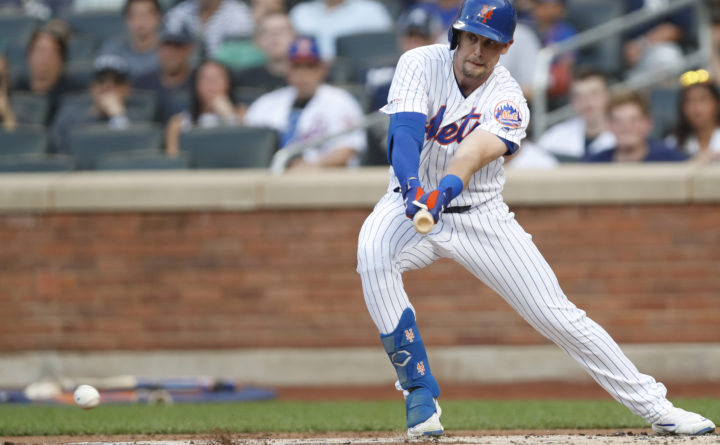 Pete Alonso and Jeff McNeil have been the brightest of stars during an otherwise frustrating first half of the 2019 baseball season for the New York Mets.

Alonso, a 24-year-old rookie first baseman, has emerged as one of Major League Baseball’s top sluggers with 30 home runs and 68 runs batted in.

McNeil, a 27-year-old outfielder in his first full big-league season, leads the majors with a .349 batting average for the Mets, who have a 40-50 record and are mired in fourth place in the National League East.

Both will be prominent during this week’s All-Star Game festivities at Progressive Field in Cleveland, Ohio, and both are using bats made in Maine.

Alonso and McNeil will wield bats made in Maine.

“It validates how good our wood is, how good our product is and that we can have the best players in the world choose a small company like us,” said Paul Lancisi, who in 2010 founded Dove Tail Bats of Shirley Mills with his wife, Theresa.

“It’s a huge marketing advantage for us. Even if they don’t win we’re there, and when two of the best players in baseball say, ‘I choose Dove Tail bats,’ that says a lot for us.” 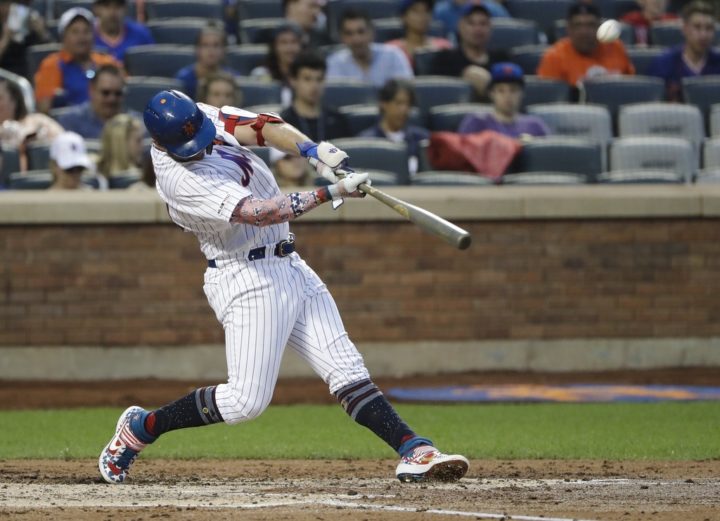 This won’t be the first time a Dove Tail bat has been used in an All-Star Game. Eric Hosmer, then of the Kansas City Royals, hit a home run and an RBI single in the 2016 contest, and was named most valuable player of the American League’s 4-2 victory. Hosmer’s bat subsequently was sent to the Baseball Hall of Fame.

“When one of the other manufacturers posted about all the bats that were in that All-Star Game, I commented that Dove Tail only had one but it was the important one,” Lancisi said.

Alonso and McNeil began using Dove Tail Bats as minor leaguers, then were convinced to continue using the same Maine-made products in the majors despite competition from more prominent bat makers such as Louisville Slugger and Rawlings.

“Pete’s agent said to me last winter, ‘What can you offer Pete to have him swing your bat because other companies offered him a lot of money?’” Lancisi said. “I said, I can’t offer Pete any money, but I can offer him the best product in the game that will make him a lot of money. They said, ‘Good answer,’ and that’s what we’ve done.”

Twenty of his home runs — he’s tied with Clay Bellinger of the Los Angeles Dodgers with 30, one behind MLB leader Christian Yelich of the Milwaukee Brewers — have traveled at least 400 feet.

“The flexibility makes up for the difference in the density,” Lancisi said of the birch wood. “Maple is a little harder than yellow birch, but the whip we get with birch makes up the difference. He’s hitting balls at an exit speed of 118 to 120 miles per hour.”

McNeil, whose batting average is 13 points better than second-place Bellinger and D.J. LeMahieu of the New York Yankees, is more of a contact hitter with his maple Dove Tail bats. He has seven home runs among his 101 hits.

“He went 4-for-4 Saturday, the kid has just been on fire,” Lancisi said. “What’s crazy is the bat he’s using is an old-school bat with a really fat handle and no knob on it. That’s what’s become really popular.”

Lancisi said Alonso will use a special bat for the Home Run Derby named “Haley’s Comet” in honor of his fiancee.

“It has a comet shooting up the barrel and says ‘Haley’s Comet’ on the handle,” Lancisi said. “He wanted a custom-designed bat, and when I presented it to him at the winter meetings it was emotional for them because they’re both sentimental people.”

Lancisi hopes a big splash by either all-star will stir even more interest around the majors in Maine-produced Dove Tail Bats.

“It all depends on how we market it,” Lancisi said. “We have to be creative. We made Pete and Jeff custom Dove Tail shirts that they wear, and if Pete gets out there tonight and gives us a shout-out, that could blow us up.

“That’s what we’re counting on.”