UMaine-led forest project will get up to $6M 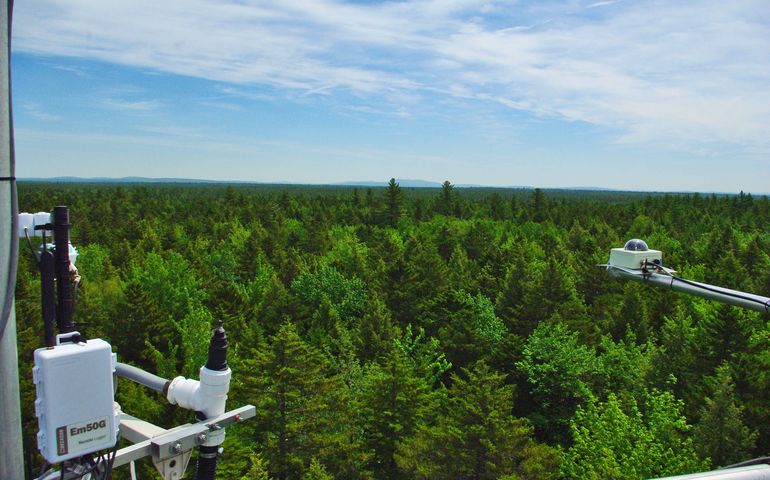 A University of Maine-led project to track changes in the state’s vast forest ecosystem has been awarded up to $6 million in federal funding, although half of that amount is contingent on project milestones and the availability of funds.

In the four-year, multidisciplinary initiative, researchers from UMaine, the University of New Hampshire and the University of Vermont will build a digital network that monitors forest growth and conditions, then integrates, analyzes and visualizes the complex data streams.

“Forests are changing rapidly, while the technology to better monitor them is too,” said Aaron Weiskittel, a UMaine professor of forest biometrics and modeling, in a statement.

“I hope this project can help support and sustain northern New England’s unique working forests, which many rural communities rely on for their livelihoods,” he added.

Funding for the project, known by the acronym INSPIRES, comes from a National Science Foundation program aimed at promoting scientific progress nationwide.

The project aims to achieve a combination of digital and educational goals by drawing from a broad array of established programs and disciplines, including data science, ecology, electrical engineering, computer programming and communications.

U.S. Sens. Angus King, I-Maine, and Susan Collins, R-Maine, issued a joint statement highlighting Maine’s forests as a vital contributor to the state’s economy and research done by UMaine faculty and students that has already had a positive impact.

“This grant will modernize their important work, improve the data collection process and provide comprehensive, near real-time information to ensure that both our forest products industry and our forest ecosystems will continue to support good-paying Maine jobs,” they said in a joint statement.

Further details about the UMaine-led forest research project, which aligns with the University of Maine System’s Research and Development Plan, is available here.