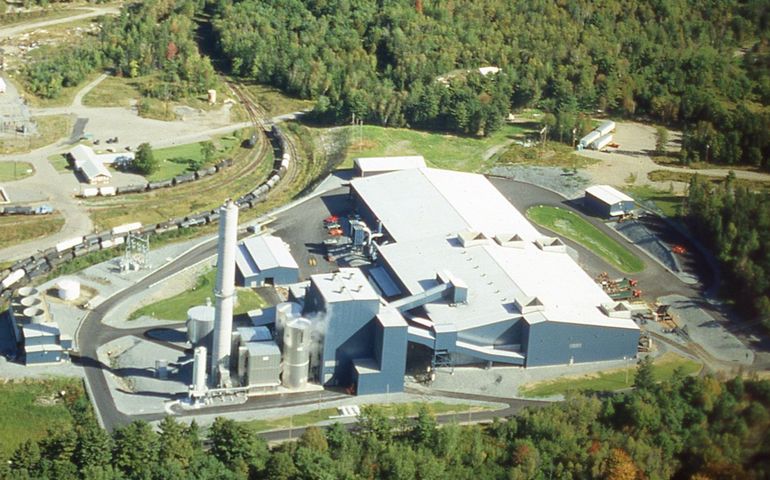 USA Energy Group, majority owner of Penobscot Energy Recovery Co., has created a new company that plans to build a $15 million plant at the waste-to-energy plant’s Orrington site that will sanitize woodchips for export to European Union countries for use as biofuel.

PERC’s other owners, PERC Holdings LLP and several Maine municipalities, are not involved in the new company, according to a USA Energy news release. The woodchip plant will be built in 30,000 square feet of space that has become available after PERC streamlined its operations.

The space will be leased to New England Woodchip Solutions LLC for the phytosanitation plant, the release said.

NEWS has been formed in response to a recent European Union directive that requires at least 32% of energy to be generated from renewable sources by 2030, Robert Knudsen, vice president of USA Energy, said in the release.

After next year, the EU will not allow chemicals to be used in sanitizing woodchips or fossil fuels to be used to generate the heat used in the process. No chemicals will be used in the process at the Orrington plant, which will be built by Thompson Dryers, of Topeka, Kan. The Thompson Phytosanitary System has been approved by the U.S. Department of Agriculture and is recognized as the most cost-effective sanitizing method available today, the release said.

Knudsen said that the initial $15 million plant will be able to treat 300,000 tons of woodchips annually and that there is enough space to add a second phytosanitation system, capable of treating an additional 300,000 tons, if the demand is there.

“Biofuels, including wood chips, will be instrumental in helping EU countries meet the new standard,” said Knudsen, Before woodchips can be exported, they must go through phytosanitation to kill any pathogens.

“Maine has plenty of wood fiber that can be used for chips, and the PERC plant has the space we need as well as the ability to generate on site the large amounts of electricity and steam heat that the phytosanitation process requires,” Knudson said.

He said that co-locating with PERC and being able to buy renewable power and heat without transmission costs will give the woodship sanitation company a cost advantage and smaller carbon footprint than comparable systems. He noted that the EU considers waste a renewable fuel.

PERC streamlined last year after a lower-than-market-rate power purchase agreement with Emera Maine ended, as well as a 20-year contract with the Municipal Review Committee, which represented 187 towns and cities that provided trash to the plant. Slow-speed grinders and a new processing line were added to the waste-to-energy system to streamline the operation and lower costs.

New England Woodchip Solutions has been working for months with another partner who is looking to secure long-term contracts with power plants and utilities in Europe, the release said. Once those are secured, wood suppliers in Maine will be identified and a woodyard established for sorting, storing and chipping raw wood.

It is expected that much of the wood chips will come from low-value residual fiber, such as treetops and branches, that are not used by Maine paper and lumber mills.

The plant will put the chips through the phytosanitation process and then package them for shipment in 1-ton bales. The bales will be trucked to Searsport to be loaded on cargo ships for delivery to Europe.

“There are still a number of pieces to be finalized,” Knudsen said. “But we are confident that they are starting to fall into place, and we hope to begin construction early next year. This is a great project for Maine, taking advantage of an abundant natural resource and the outstanding infrastructure already in place in the forest products industry and at PERC and the Port of Searsport.”