With gift, UMaine Museum of Art will expand 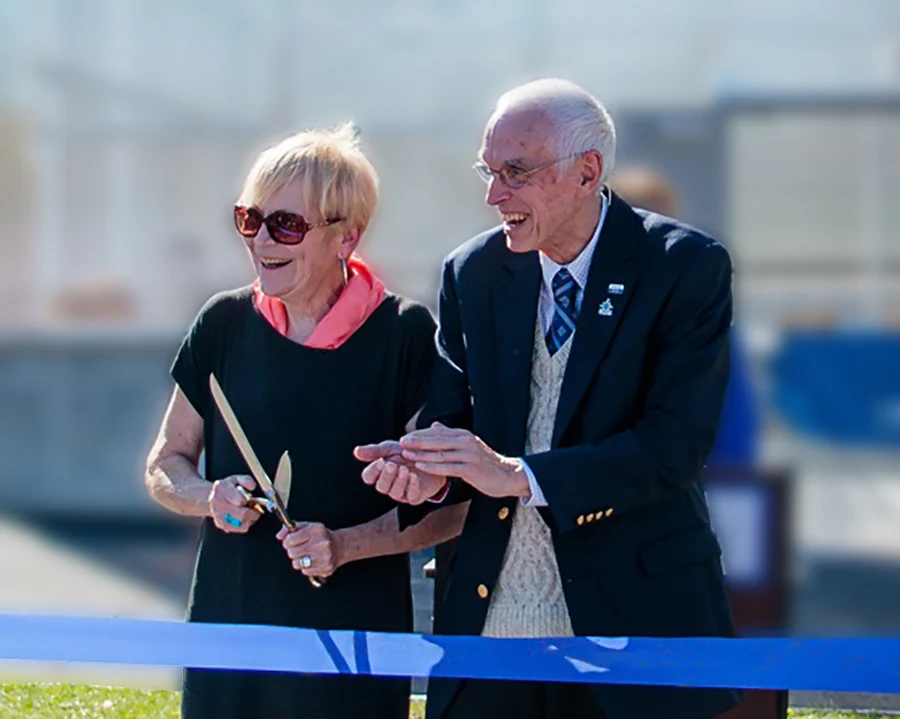 The University of Maine Museum of Art will get a new name and more space to exhibit artwork because of a $1.3 million gift from Linda and Donald Zillman, longtime Mainers with deep ties to the university system who now live in New Mexico. The Zillmans are also longtime supporters of the museum and were instrumental in its move from the campus in Orono to downtown Bangor two decades ago.

The museum is now formally known as the Linda G. and Donald N. Zillman Art Museum – University of Maine. The Zillmans pledged the gift to the University of Maine Foundation for the construction and operation of five new galleries to house the museum’s collection of more than 4,000 works of modern and contemporary art. The museum’s Harlow Street entrance will be reconfigured to accommodate the new galleries, which will increase exhibition space by 40 percent, said museum director George Kinghorn.

“The new second floor galleries will serve to unite the museum’s existing galleries that are on the lower floor, ultimately creating a more cohesive and welcoming visitor experience,” he wrote in an email. The design is complete and construction will begin “as soon as we emerge from the COVID-19 situation. We hope that the new galleries will be complete by December 2020,” he wrote.

In a joint statement, they said, “The UMMA serves as one of Maine’s premiere art museums. In addition to attracting Maine visitors, it welcomes art enthusiasts from around New England and eastern Canada. Many of these are young people making their first connection to the arts – visits that often begin a lifelong connection with art. Advancing UMMA requires improvements in physical facilities and support growth. We are excited about investing in its future.”